This is a Padal petra sthalam the eighth in the mid chola country (Nadu naatu cholamandalam). This temple has been in existance over all four yugas  and even before as per the legend and has been the focus of prayer by Surya, Brahma, Mahavishnu, Parvathy,Chandikeshwarar, Sukran(Venus)

The temple is situated between Villupuram and Ulundurpet on NH 45. After Crossing Villupuram proceed for 10kms when you will come to the bridge across the Kedilam river. Here take the service road and take the left turn before the river. Do not climb the bridge . The temple is situated 1.8 kms on this road on the left hand side. It is a huge temple and the present temple was built by the pallavas. 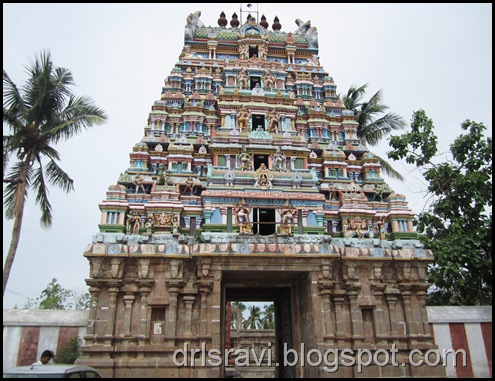 Chandikeshwarar in one of his avataras was born here and his father observed the child  pouring milk on a lingam in the forest  without bringing it home. he reprimanded his son  the father kicked the empty milk pots in anger the leg had a deep laceration as a divine curse!!  This is depicted here in a sculpture. I have now got the answer to my query from the Maagaral temple where also there is a depiction of this story see link (http://drlsravi.blogspot.in/2012/04/thiru-maagaral-shiva-temple.html) 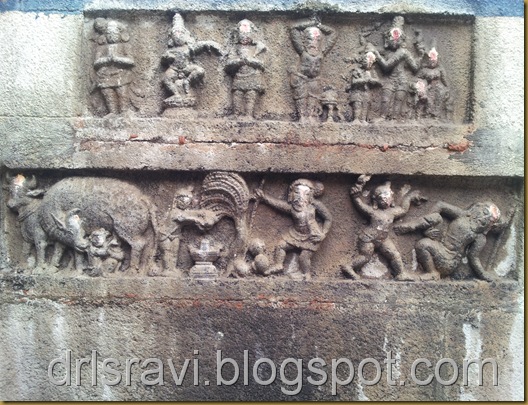 There is a peculiar feature of the temple having no Kosta Vigrahas for Brahma and Mahavishnu as these have seperate sannidhis in the second praharam where they have their own Lingams installed along with that of Saptha rishis and Sundarar.

Sukran was relieved of his curse of retrogression here hence Fridays are very important for marriage related issues.

As you enter the eastern Rajagopuram we see The dwajasthambam with nandi in front. The main Complex is in front . We can see the Sannidhi for sundarar on the left, Varadaraja swamy on the right with Sridevi and Boodevi. The Manonmani thayar sannidhi is found behind also facing east.During the month of Panguni (March-April) from 23 to 27, Sun rays fall on the presiding deity as well as the ambal in the morning. 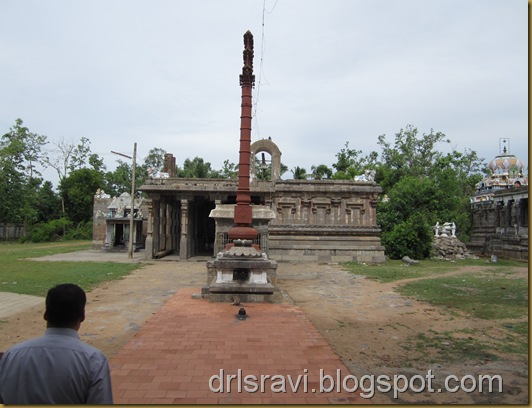 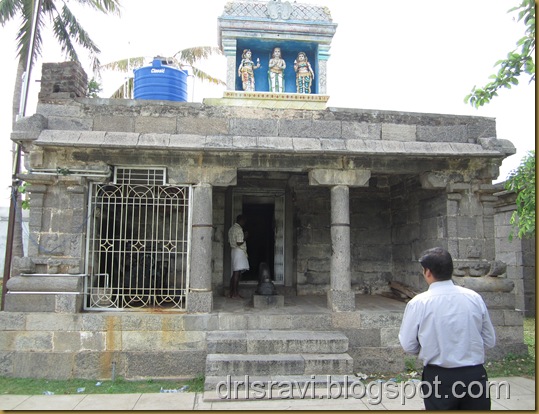 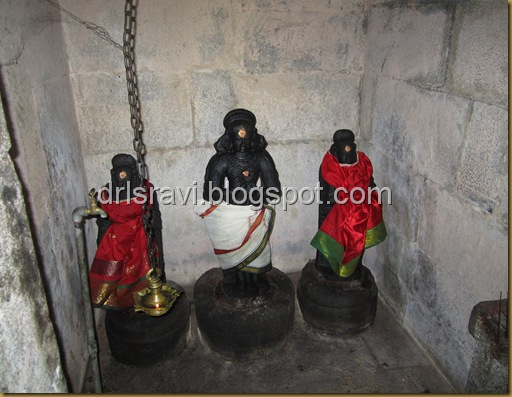 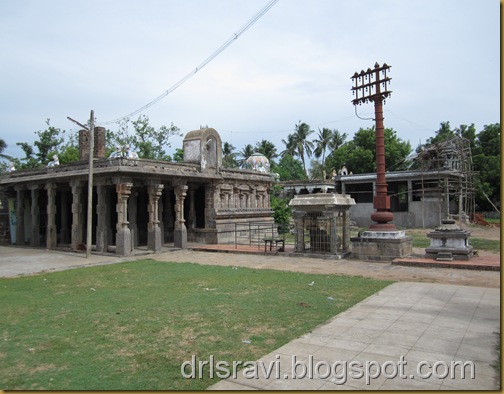 When you enter the main complex seen above from the north side we are in the second praharam which has the Sannidhis for Vinayaka,Murugan the Lingams worshipped by Sukran,Sundarar, Saptharishis and Mahavishnu. 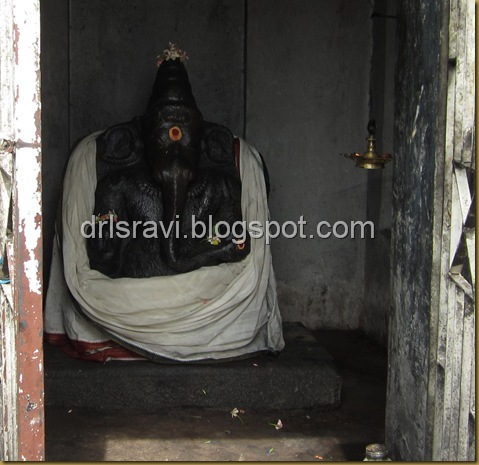 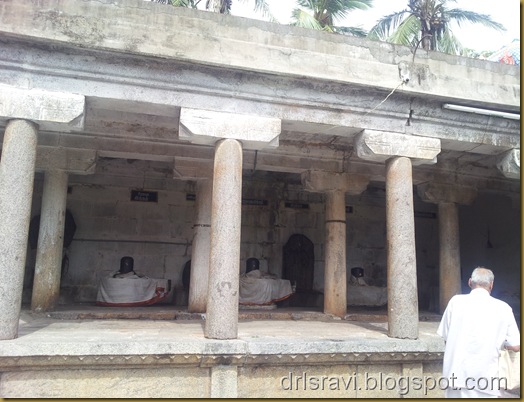 The Dakshinamurthy is already alluded to 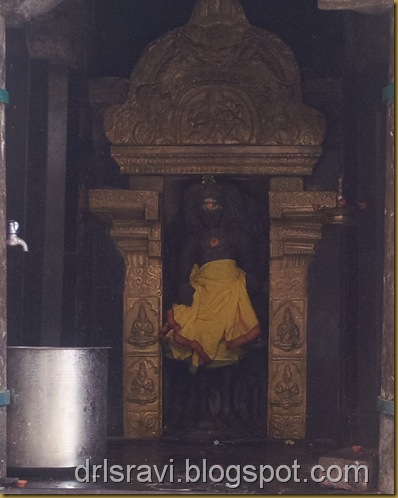 This praharam also has the navagrahas and the Shiva lingam worshipped by Sukran also known as Bhargaveeswara Linga. seen below. 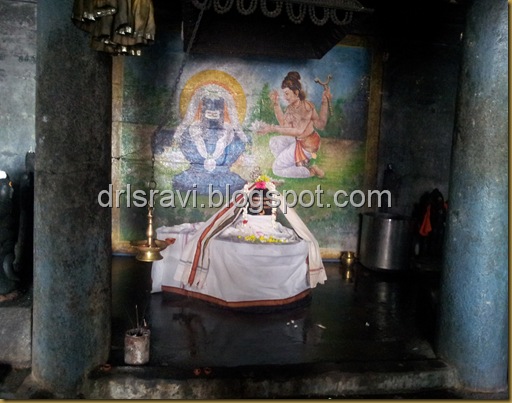 The main sannidhi has a medium sized Shiva lingam with a Nagabharnam .The presiding deity is also known as Jambunatheswarar, Thiruvalleswarar and Thiruthandeeswarar.

The outer praharam has the east facing sannidhi of Manonmani thayar. The Goddess is also known as Navalambikai, Sundarambikai and Rakshambika. 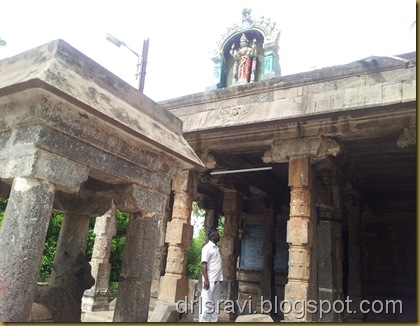 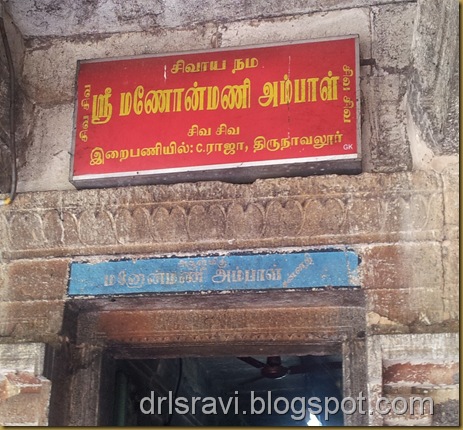 The sthala vriksham is the Nagapazham / Navala pazham (hence Navalur tree) or Jambuka tree . The ancient tree fell down in the recent Thane Cyclone. The area where it stood is seen below where a new replacement is seen 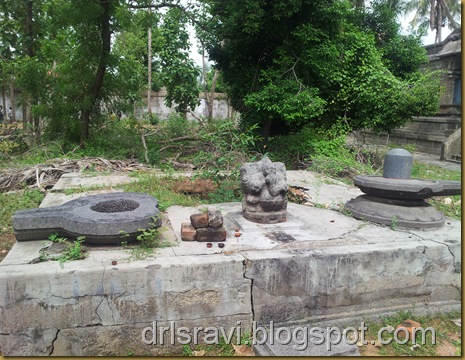 When the milk ocean was churned, the alaala poison came out which Lord Shiva consumed to protect the lives of all creatures. The drops that fell on earth were transformed into Jumbu fruit trees and came to be known as Jumbuka forest (Navala vanam in tamil hence Navalur). 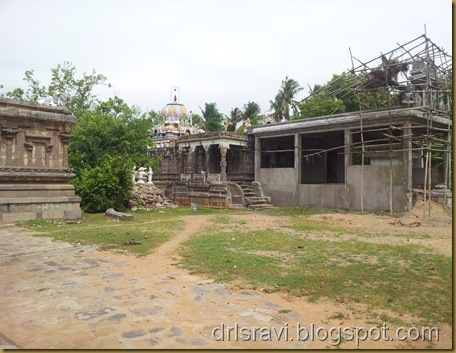 The Varadarajan Sannidhi is seen above.There are beautiful Vigrahas of Perumal with Sridevi and Bhudevi here.

Special Puja is performed on Fridays for the Linga installed by Sukra with butter, white ghee, beans, white silk.

Note : All the Pictures here were taken after due  permission of the helpful Gurukkal and temple authorities.