Kunrathur is a southern Suburb of Chennai between Poonamallee, Porur and Mangadu.It is famous for its

Legend of the temple:

The temple was built by the  King Kulathunga Chola about 1000 years ago as a thanks giving in gratitude for having been relieved of a spell cast on him. He prayed to Kanchi Thiruvooraga Perumal at Kanchipuram who appeared in his dream and directed him to build the temple in Kunrathur facing west and the Lord was to be in the standing posture like in Tirupathi. 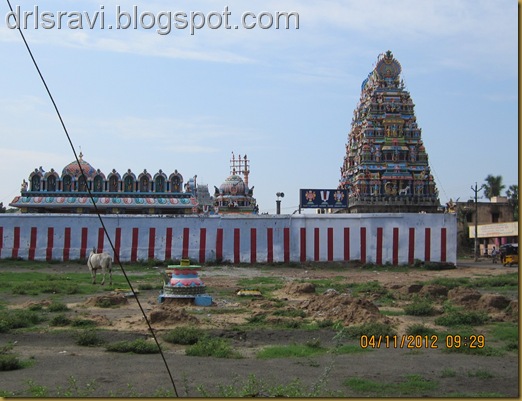 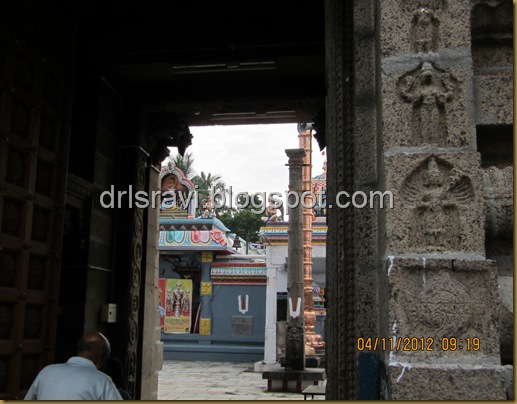 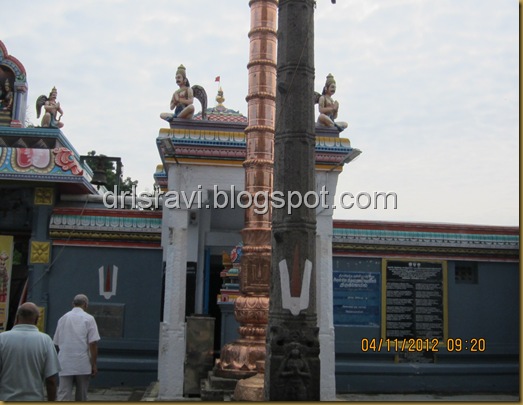 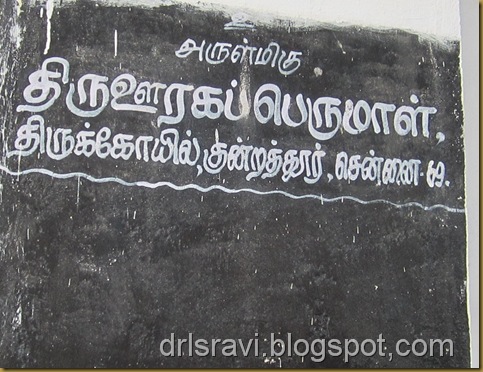 The main sannidhi has a tall Maha Vishnu with four Arms as in Tirumala with Sridevi and Bhudevi on his chest. The Vigraham is 7 feet tall and is on a Lotus pedestal. He is showing abhayahastha with his right hand and has the Conch and Chakra in his other two hands.The left lower hand is on his waist.

For a detailed pic see Shantiraju’s excellent blog and pics at http://www.flickr.com/photos/rajushanthi/6108530403/in/photostream/

The Lord is facing the west.

To the left of the lord’s sannidhi is the small sannidhi of Thiruvirundhavalli Thayar, facing east.

this is a picture from Dinamalar.com The Northern side has a spacious mandapam with sannidhis for Andal, Seetha sametha Rama and Anjaneya has a separate sannidhi 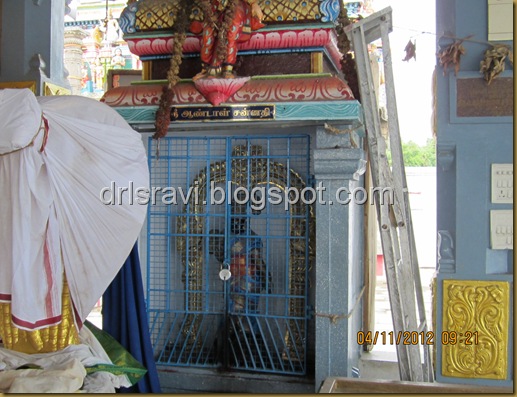 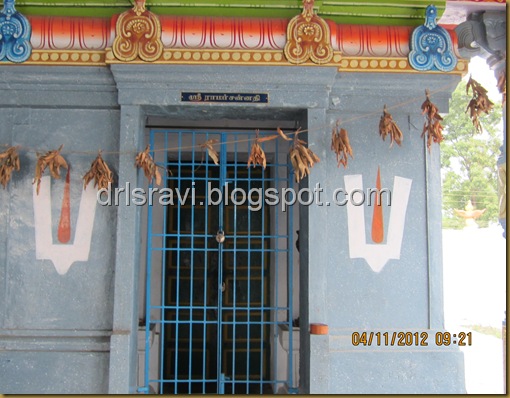 Rama and Lakshmana have the Bows in their left hands and the Arrows in their right hands.

In front of this sannidhi  is Hanuman Sannidhi posture seen below 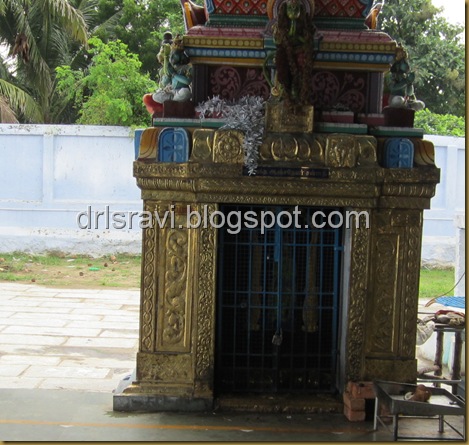 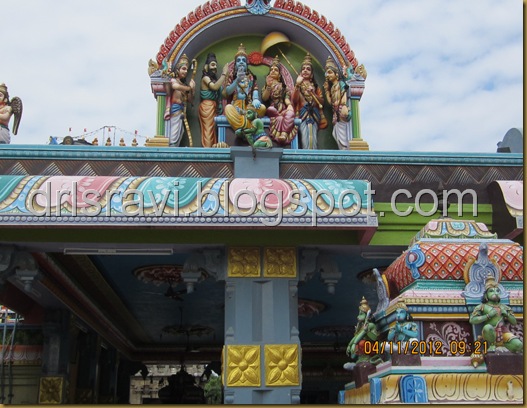 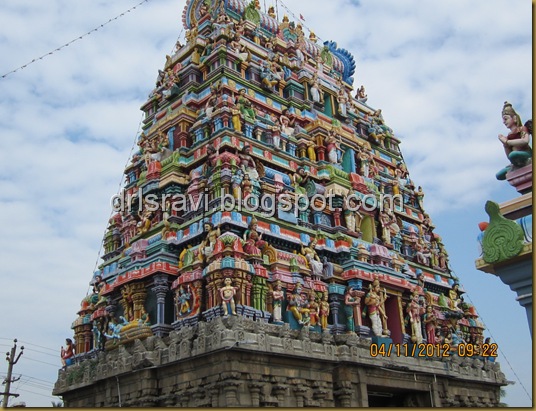 The rajagopuram from inside

Posted by drlsravi at 3:51 PM No comments: