Among the ancient temples around Chengalpet, Thirukazhukndram and Thiruvadi soolam are very ancient . The Thiruvadisoolam temple is very serene in the midst of the hills and is truly a divine place to visit

I took an adventurous almost dirt track racing route because I trusted Google maps and had the ride of my life!!. I was travelling from Chennai to Villupuram for a camp, I had just visited Nandivaram in Guduvancherry and the Google maps showed me a shorter route to the temple 9.5 kms 18 mins via Singaperuman koil.Eager to reach I took the route . It first took me beyond the temple to a natural right turn and the next 4-5 kms literally brought me on to dirt tracks with ? roads. It was sparsely populated and Thiruvadisoolam was not a name easily recognised by the local folk. I kept asking for  sivan koil and landed up at a blind turning on the mud track near a newly built Rudra Bhairavar temple in all its majesty and glory!! with sparkling white gopuram, Clean car park and toilets!!. I enquired here and was directed via an off road journey to the temple in about a km.

I must say Google maps was spot on and whenever I made a wrong turn it showed on the map and I corrected myself.

I must also compliment my Maruti dezire petrol car which effortlessly climbed the dirt track and slushy roads sometimes just broad enough for the four wheels on the tank bunds and sheer drops with in close range. It was a real adventure sport.

While leaving I wisely took the Thiruporur Chengalpet road and reached NH 45 safely!! 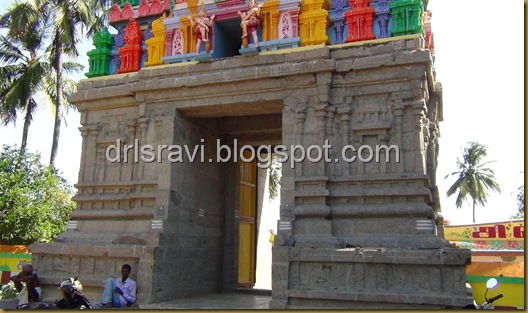 Once Parvathy was born as a cow and the cowherd found the Cow emptying her milk on an ant hill. When she was disturbed she stepped on the ant hill and trampled on the Siva lingam below. The ambal here is called Govardhanambikai

Once Gnanasambandar was walking toward thiruporur and was resting under a tree. He was hungry when the lord came to him in the guise of a cowherd (Edayan) and offered him curd rice in a mud pot. The saint refused saying he must pray in a Shiva temple and only then have his meal. The cow herd brought him to this temple and the saint had a bath at the pond nearby and the cowherd vanished into the sanctum when the saint realised who had directed him to the temple and fed him! The name of the place was Thiru edai churam ( Sri Shepherd who fed) which has been corrupted as thiruvadi soolam..There is also a huge karumariamman temple nearby

The outer praharam leads us to a simple temple which looks more like a big village house than a temple. This is the south facing Ambal sannidhi 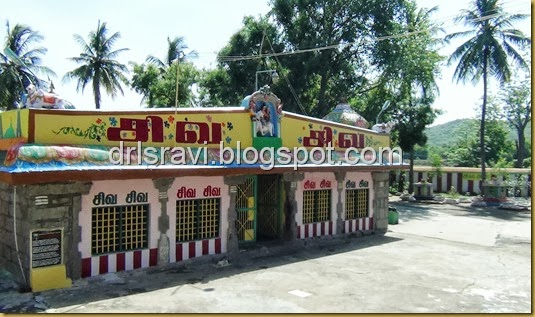 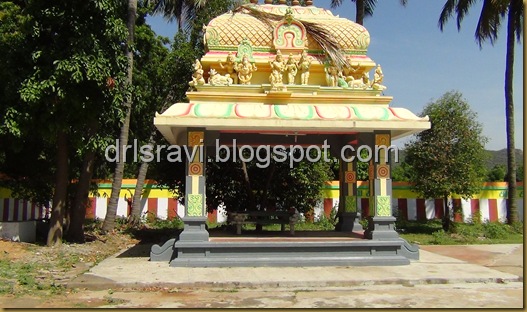 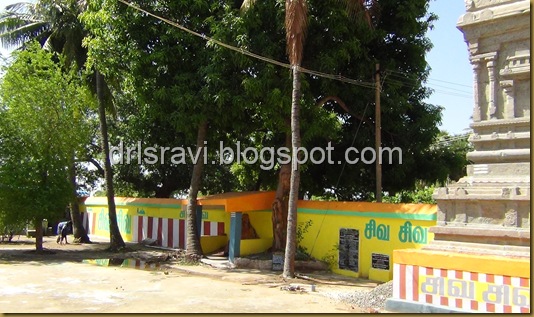 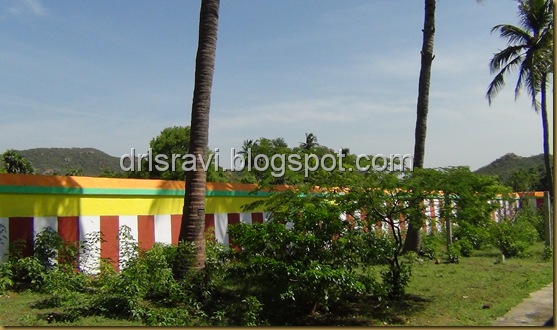 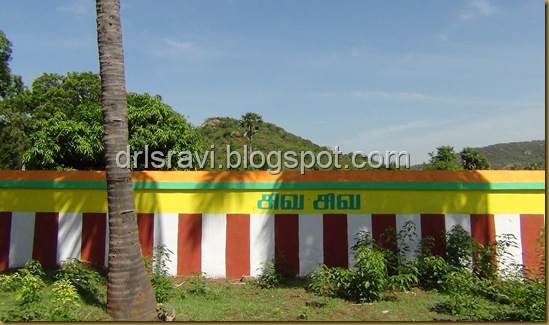 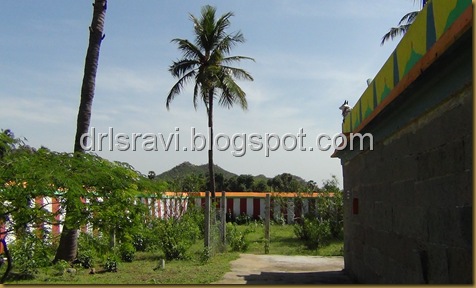 There are separate Sannidhis outside for Brahmandeshwarar and Brahmanda nayaki the Kula deivam of the Cholas. Supposedly built by Rajaraja Chola I 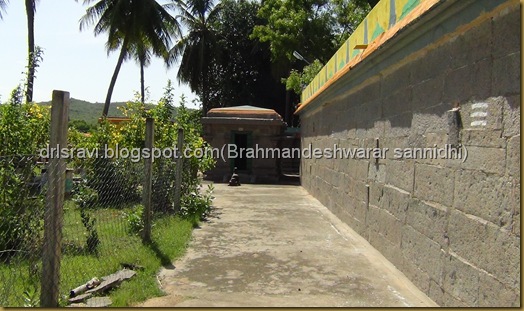 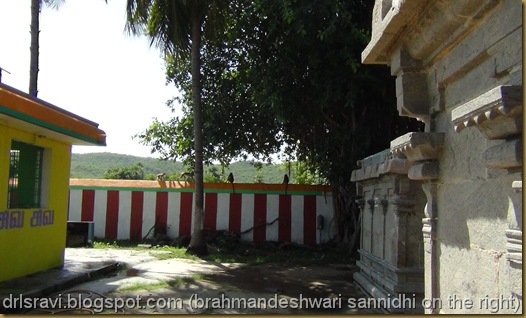 Inside the ambal is south facing and standing. The Main sannidhi has a huge Maragatha lingam seen green during Honey abhishekam with a square avudaiyar supposedly installed by sage Gowthama and worshipped by Sanath kumara .

The Kosta vigrahas are Ganapathy, Dakshinamurthy, Brahma and Durga. There are sannidhis for Vinayaka and Murugan with Consorts valli and Devayani 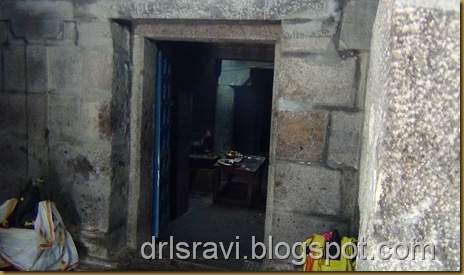 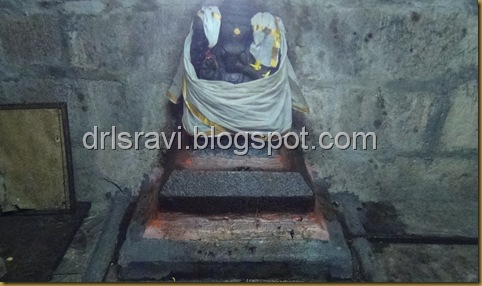 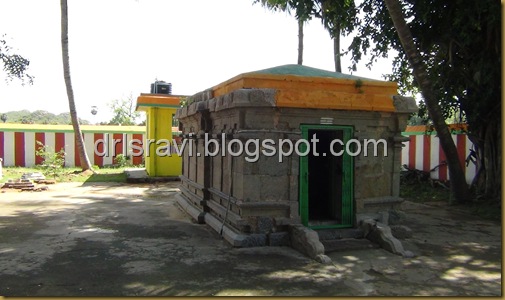 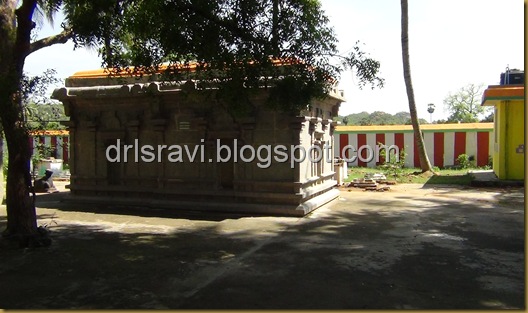