Today I took an unplanned trip on a whim to visit this temple.I have always been hearing of Saidapet temple though I could not get much info about this temple I know it is a very ancient one. The sudden rain pouring down was very heavy and added to the thrill of the visit today

Saidapet is a sprawling area between the Adayar river , Mount Road and T.Nagar.Proceeding from Anna flyover side I took a turn on the right side at East Jones road junction on mount road after the South Usman road junction and proceeded straight on this road .You will go under the railway tracks near the station and immediately after take the left turn .On the right is the temple pond 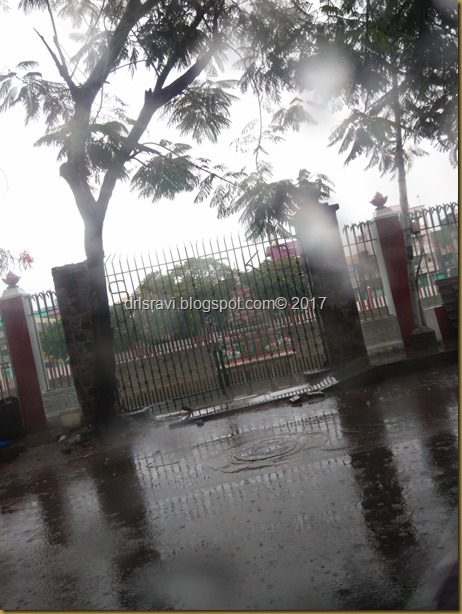 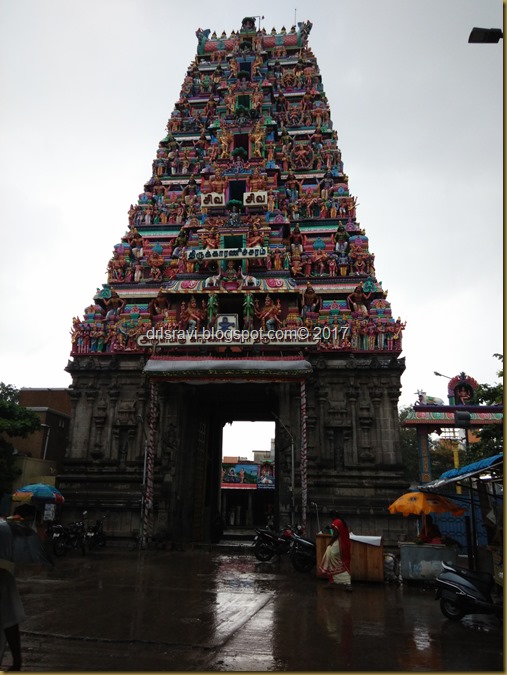 legend of this temple:

Lord Indra had sent his cow with sage vashishta.He was saddened to know that owing to some reason Kamadhenu had incurred the rishis wrath and was under a curse.Indra was advised to build a temple between Mylapore and Adayar river and pray to lord Shiva to retrieve Kamadhenu. He first asked Lord varuna to pour rain and make this area fertile and then built the temple here. Lord Shiva was happy and conferred the title “GO Pathy” lord of the Cows to Indra here and released Kamadhenu back

As you enter the Rajagopuram we see the wide praharam.Right in front is the Ambal Swarnambikai Sannidhi 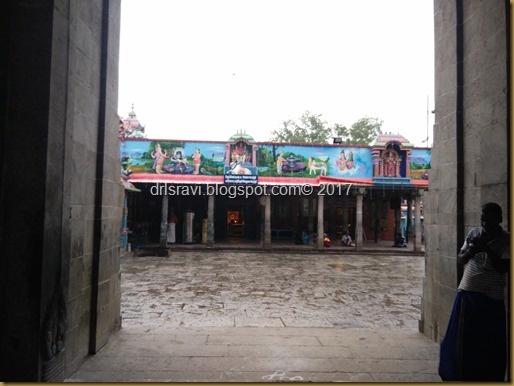 There is a Vinayaka sannidhi at the entrance facing east.

The outer praharam has multiple sannidhis for murugan, Various replica of lords of different temples and Navagraha sannidhi with Shani Bhagawan and Surya Bhagavan ,Bhairava  seen below 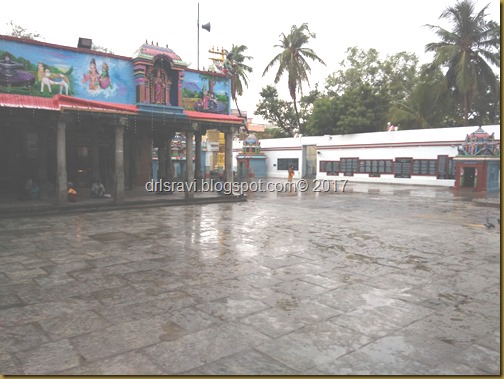 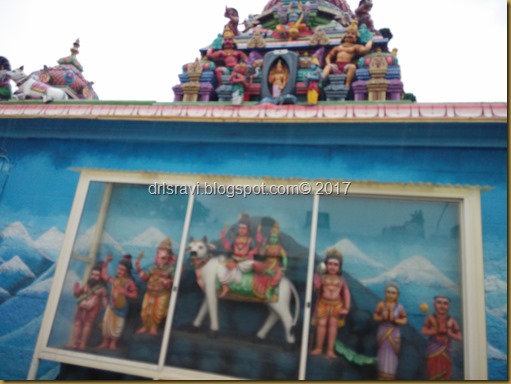 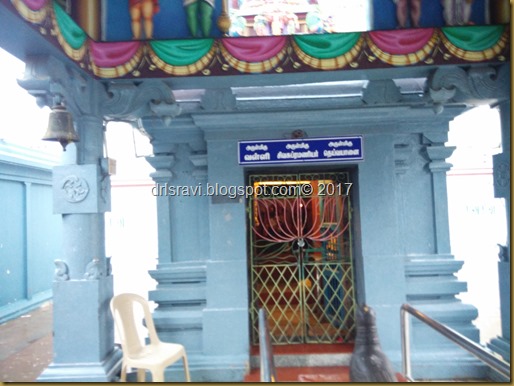 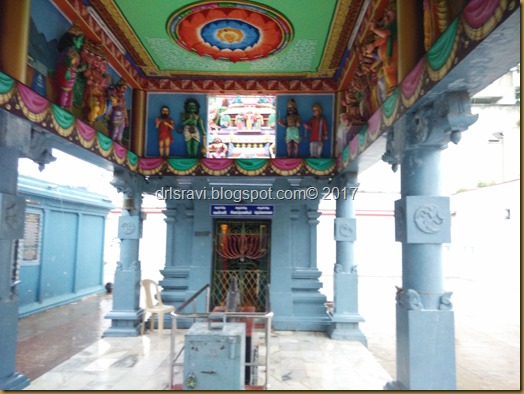 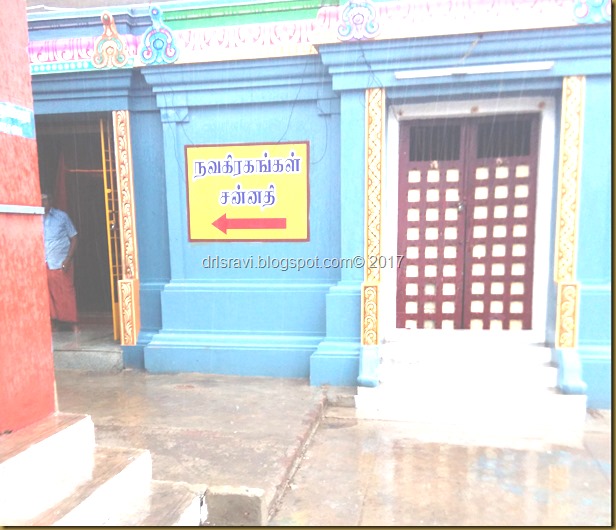 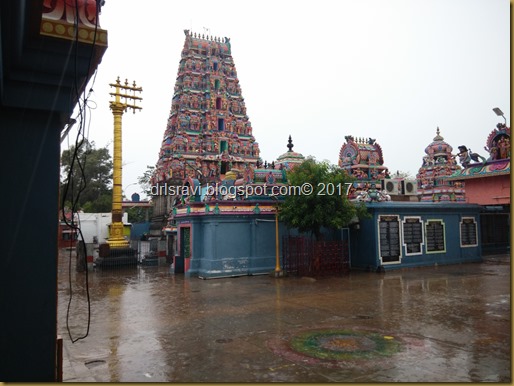 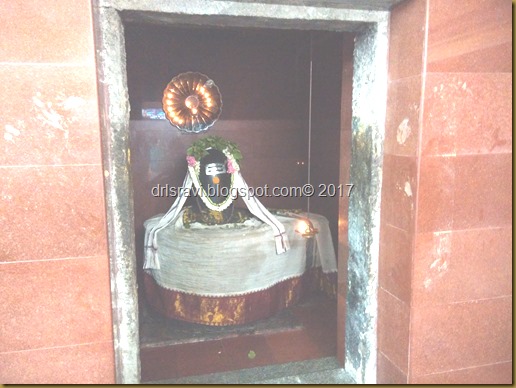 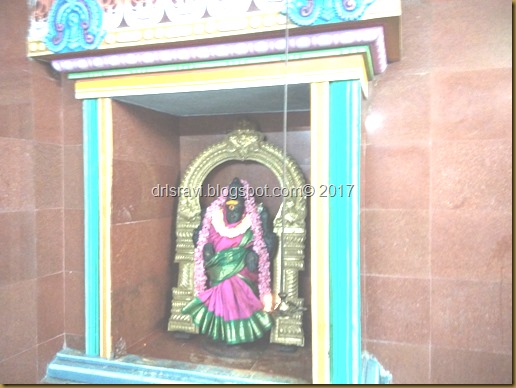 There are also sannidhis for Shani and Bhairava 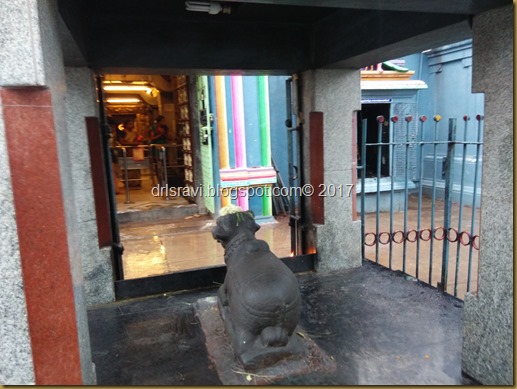 Ambal Sri Swarnambikai sannidhi as seen from the South side entrance 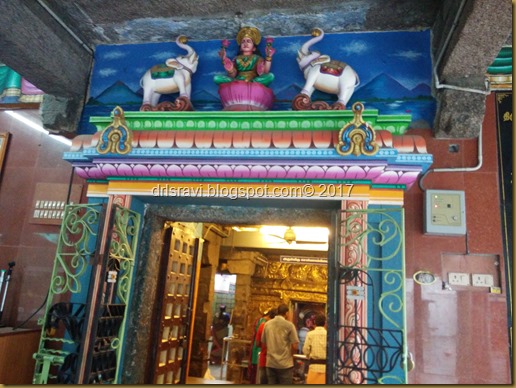 The inner praharam has the Koshta vigrahas and vigrahas for the nayanmars. The statue for Kaaraikal ammayar  and a small  Shivalingam and Nandi was eye catching 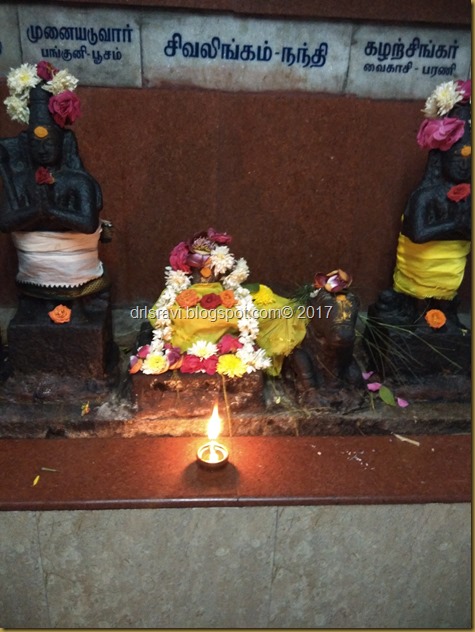 Posted by drlsravi at 4:25 PM No comments: Links to this post