Gudimallam  is a nondescript village off the beaten track near Renigunta near Tirupati. It is the site of a very ancient Shiva temple thought to be built in 1 BC as per archeological evidence of the potsherds and the huge bricks un earthed here. It has been later rebuilt as a granite temple with the Gaja prushti type vimana by successive dynasties like the shatavahanas, Banas, Cholas and Hoysalas.

The trip by itself became an adventure thanks to Google maps and overnight rain. I trusted the maps implicitly and proceeded on the Kalahasthi road behind the Renigunta airport.After crossing an under-construction  college the adventure became interesting. The road disappeared and a dirt track emerged with slushy quick sand made worse by rain and deep tracks formed by giant tyres of tractors which use the road. There were two areas of concrete only where we waded through the now dry Swarnamukhi river. There were no people to ask directions due to rain and my new jazz bravely trudged through the sludge. My heart was in my mouth many times. I was going around in Papa Naidu Peta village and ultimately came to the temple after doing a pradakshina all in one piece God's will I accepted. My octogenarian father in law, a seasoned veteran of many a gory neurosurgical battle who came with me developed a tension headache and I am sure was in direct prayer link with his Guru Sri Mahaperiyava who safely saw us to the temple. The return journey was on tar roads thankfully as I could ask few people 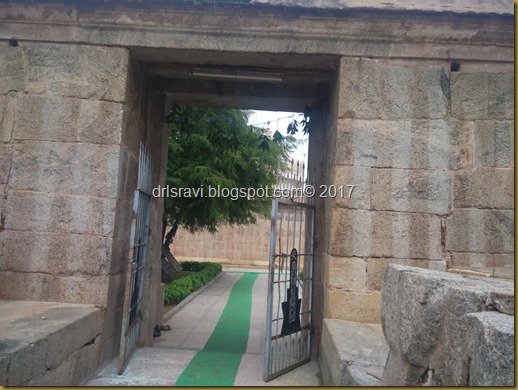 A local chieftain called Parashurama was blessed by the lord and he had a garden which was used to do Pooja to the lord. Chitrasena a yaksha stole a few flowers and a fight ensured between the two and the yaksha was cursed to be an Asura. Some say Chitrasena was actually Brahma, sent by Shiva to help Parashurama absolve himself of his dosha of beheading his own mother.

The Shivalinga is unique and remarkably like a phallus. The front portion has a dwarf Chitrasena over whom Parashurama is standing in full warrior mode. This they say is amalgamation of Shiva , Vishnu as Parashurama and Brahma as the dwarf below

The whole sanctum is at a lower level and once in 40 years the swarnamukhi flows enough to cause a fountain effect inside and submerges the lord. The last time was in 2005, a remarkable feat of engineering. The sun’s rays fall on the lord directly on Uttarayana and Dakshinayana solstice days. 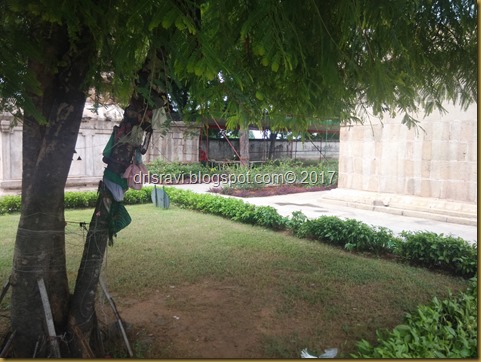 The legend of the temple as put up by the ASI 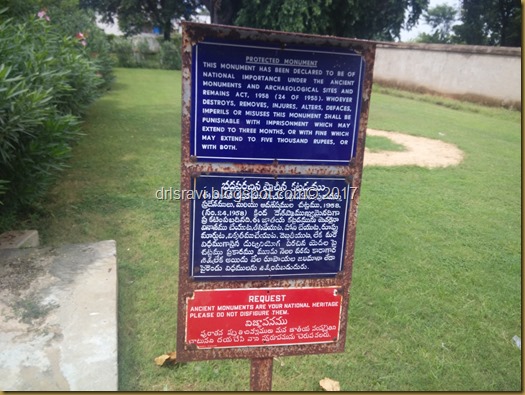 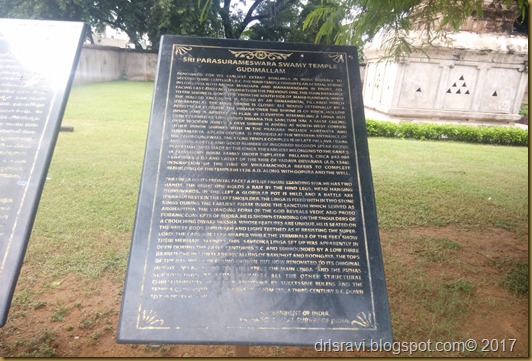 The outer prahara has east facing sannidhi for Murugan with Valli and Devasena, 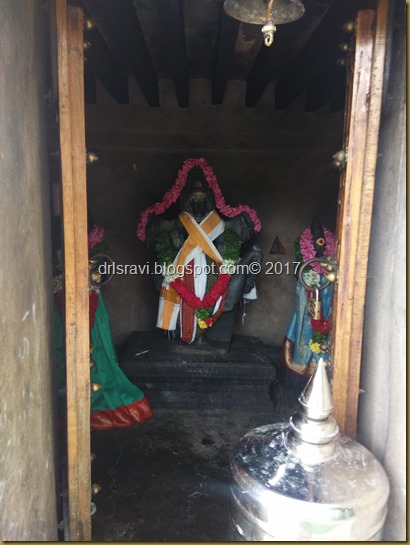 There is a separate sannidhi for Surya in the east 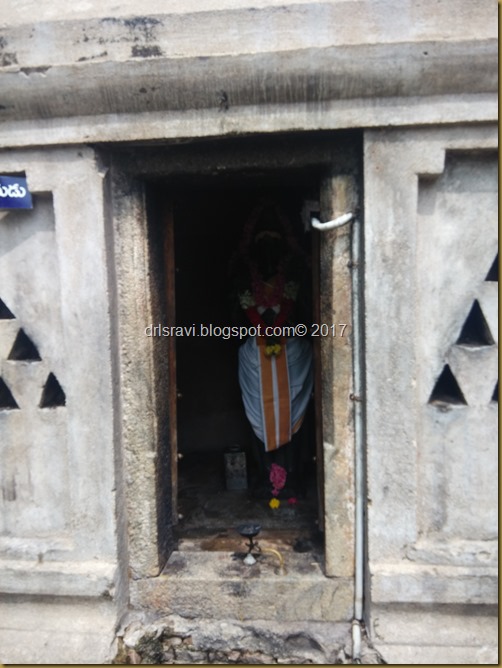 Inside the prahara the Kostas vigrahas are Dakshinamurthy, abhayahastha Perumal ,Chaturmukha brahma and ,vaishnavi. In deference to the notice I did not photograph the deities inside

The majestic Shiva as seen from Pics on the internet

web link to the site of the picture 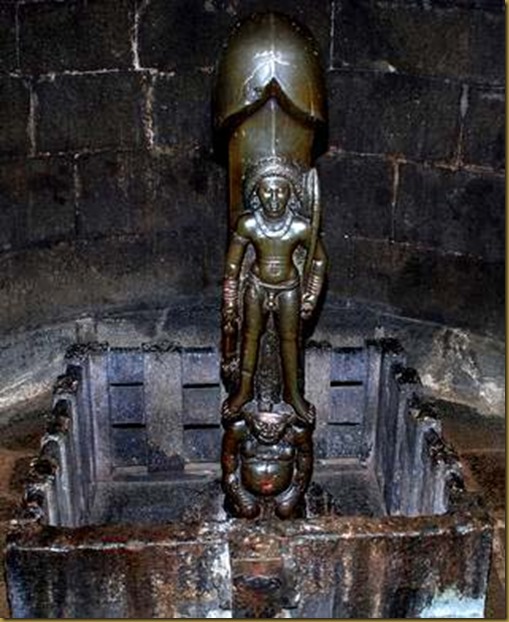 A truly adventurous trip I had with family that journey really re enforced my strong belief in the positivity of sincere prayers!!!

I saw recent reports of multiple tunnels and chambers discovered in the temple precinicts which are being studied. One theory as per the book Chariot of the gods says these temples are the documentation of aliens, their attire with soace suits, helmets , their vehicles and their technology left behind which was documented by our  early ancestors . Who knows?
Posted by drlsravi at 6:54 PM No comments: