On the Mayavaram Tiruvarur road after about 20 kms from
Mayavaram you will come to peralam in Nannilam from here the temple is about 1 km Take the branch in front of the Peralam railway station . I visited this place in 2005 and this kindled my interest of the temples 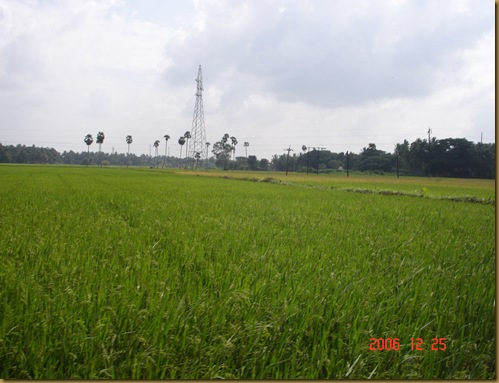 The temple is surrounded by verdant greenery( The temple is behind the greenery on the right)
The temple was re built by Rajendra chola and Sembian mahadevi .The temple is built with the gajaprishti vimanam (elephant back style). 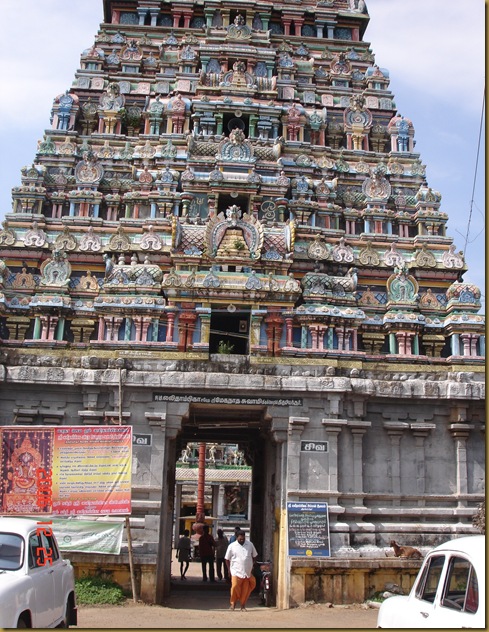 The legend of the temple is that Surya was cursed to be come dark and he prayed here to lord Meganatha for relief. It is also associated with Kartaru and Vinuthai the wifes of sage Kashyapa (who were the mothers of Garuda and the Nagas )who had an argument about the colour of Indra's horse Uchisravas .
The presiding lord here is Shiva and he is called Meghanatha Swamy and the goddess is Lalithambikai also called Santhanayaki. The Ambal Idol is five feet tall and installed over a Srichakra. As soon as you enter the first prahara you will see the Lalithambikai sannidhi on the right. the temple has a five tiered rajagopuram for the ambal There is a scene where Shiva is seen placating his consort this is known as  shiva gangadhara concept. please see the link below for further info http://poetryinstone.in/lang/en/2008/08/31/please-dont-go-my-dearest-says-shiva.html. 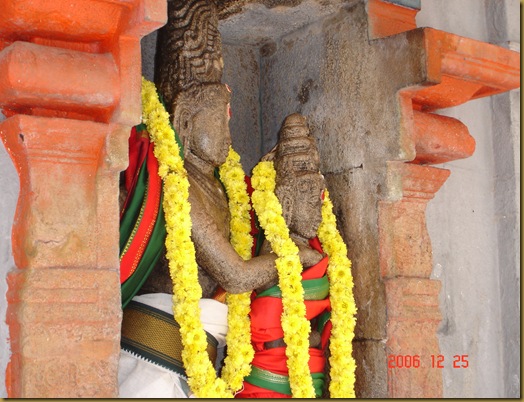 (Coyness)
The Sun worships the Lord with his rays falling on the Lord from 21st to 27th of chiththirai.even now  is it not a marvelous Civil engineering feat!
As directed  by Hayagriva sage agasthiyar came to this temple and worshiped the God  as done by the sun and saluted “Lalithambikai”. Yama also worshiped the Lord here.
Sage Agastya is believed to have composed  Lalita Navaratnamala in praise of the Goddess here. He has also composed a hymn named Rahasyanamasahasram.this is also the place where hayagriva tells Agasthya about the greatness of  Lalitha sahasranama
Saivite saints Thirugnana Sambandar and Thirunavukkarasar have sung in praise of this temple
it is considered auspicious to sing Lalithasahasranamam here in the lalithambikai sannidhi 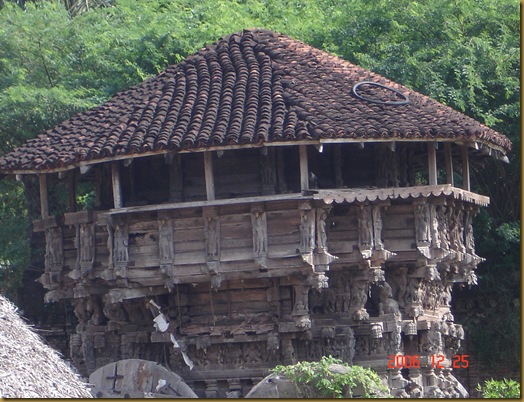 The  ratham what a marvel!!

I happened to re visit on 26/12/13. The temple is undergoing maintainence. The Kurukkal spent a lot of time explaining the many legends of the temple . It was the birthplace of Garuda and Aruna, Vaali and Sugriva, Shani and Yama. Surya regained his lustre and wives here. 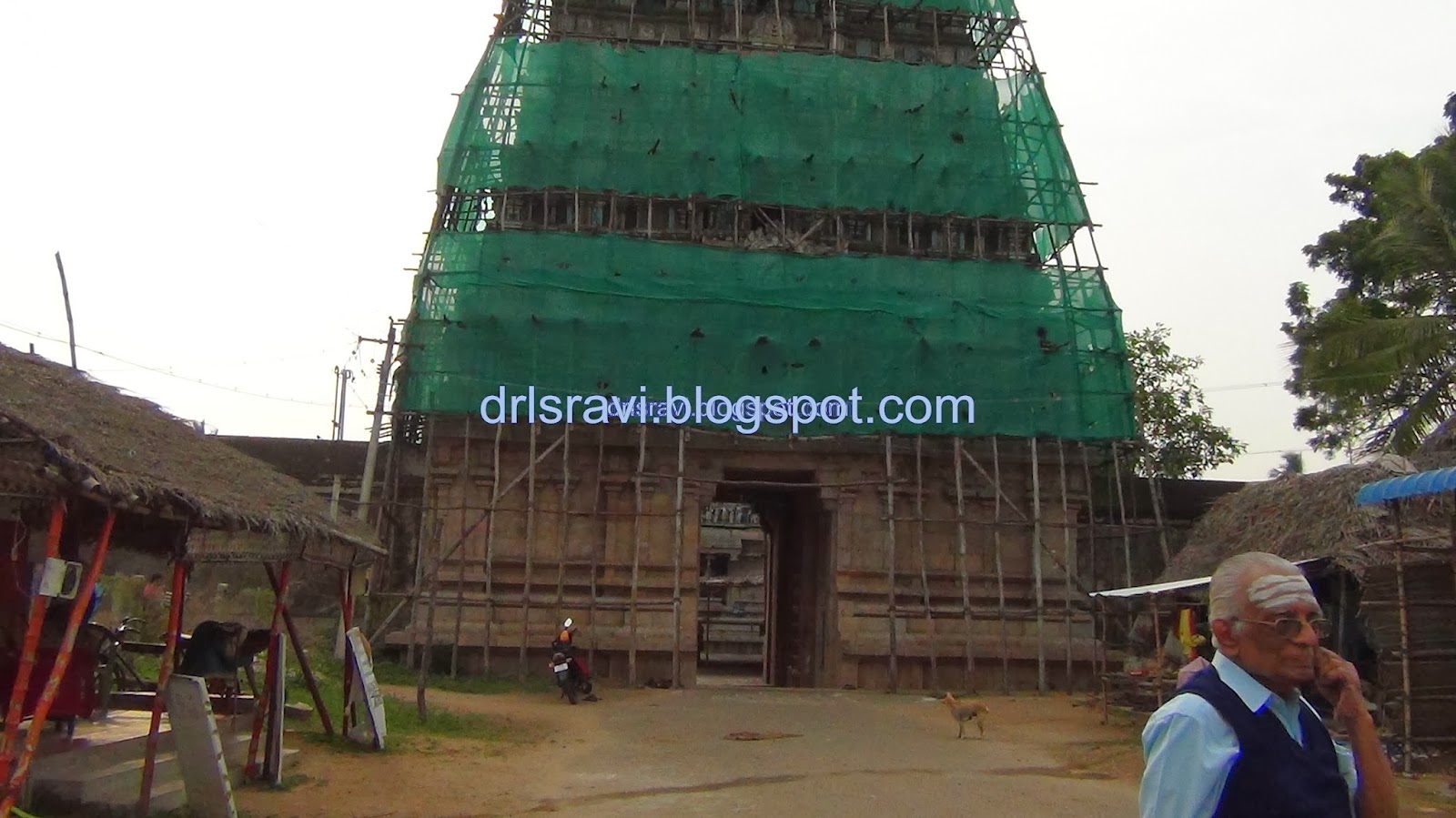 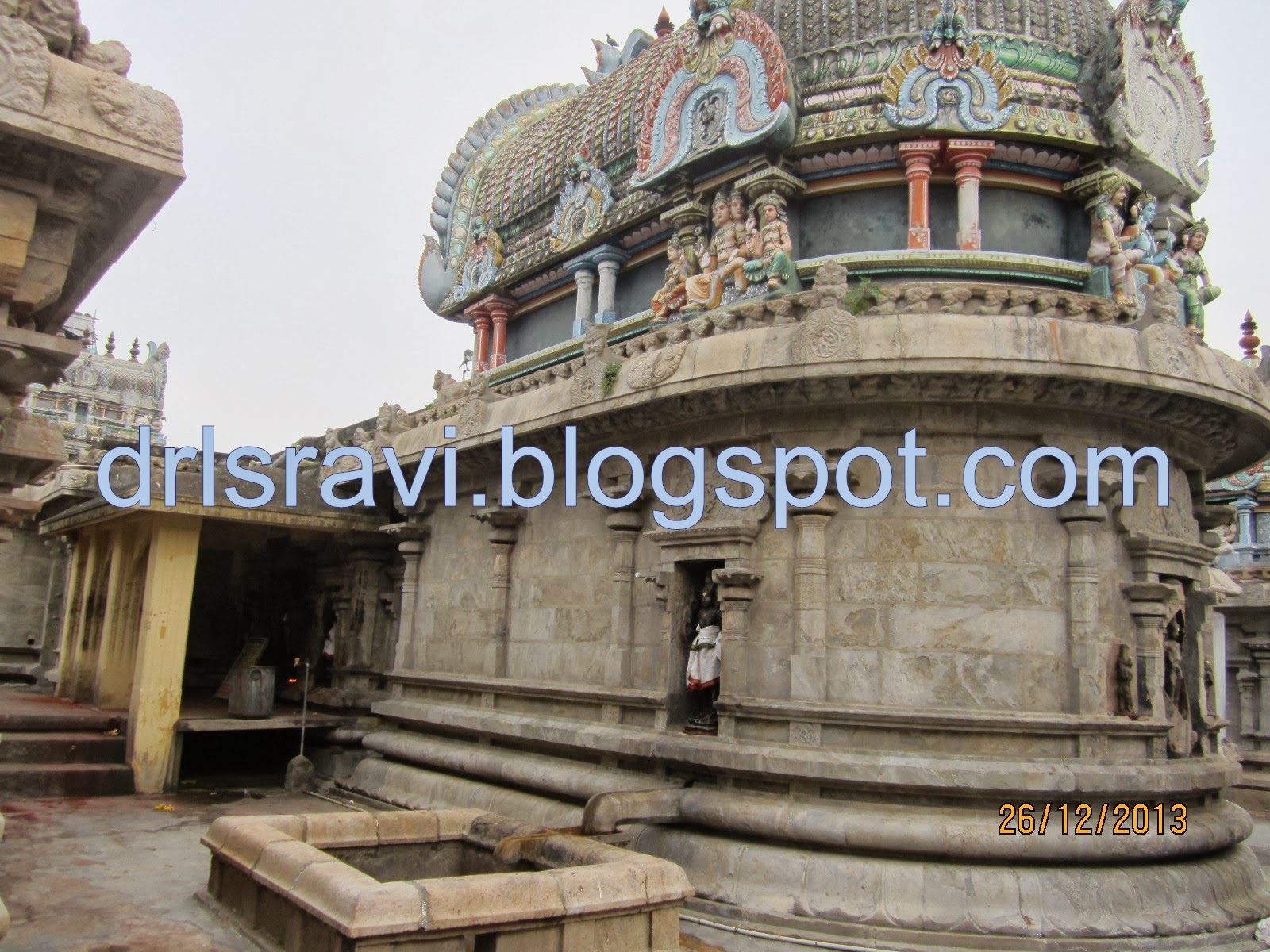 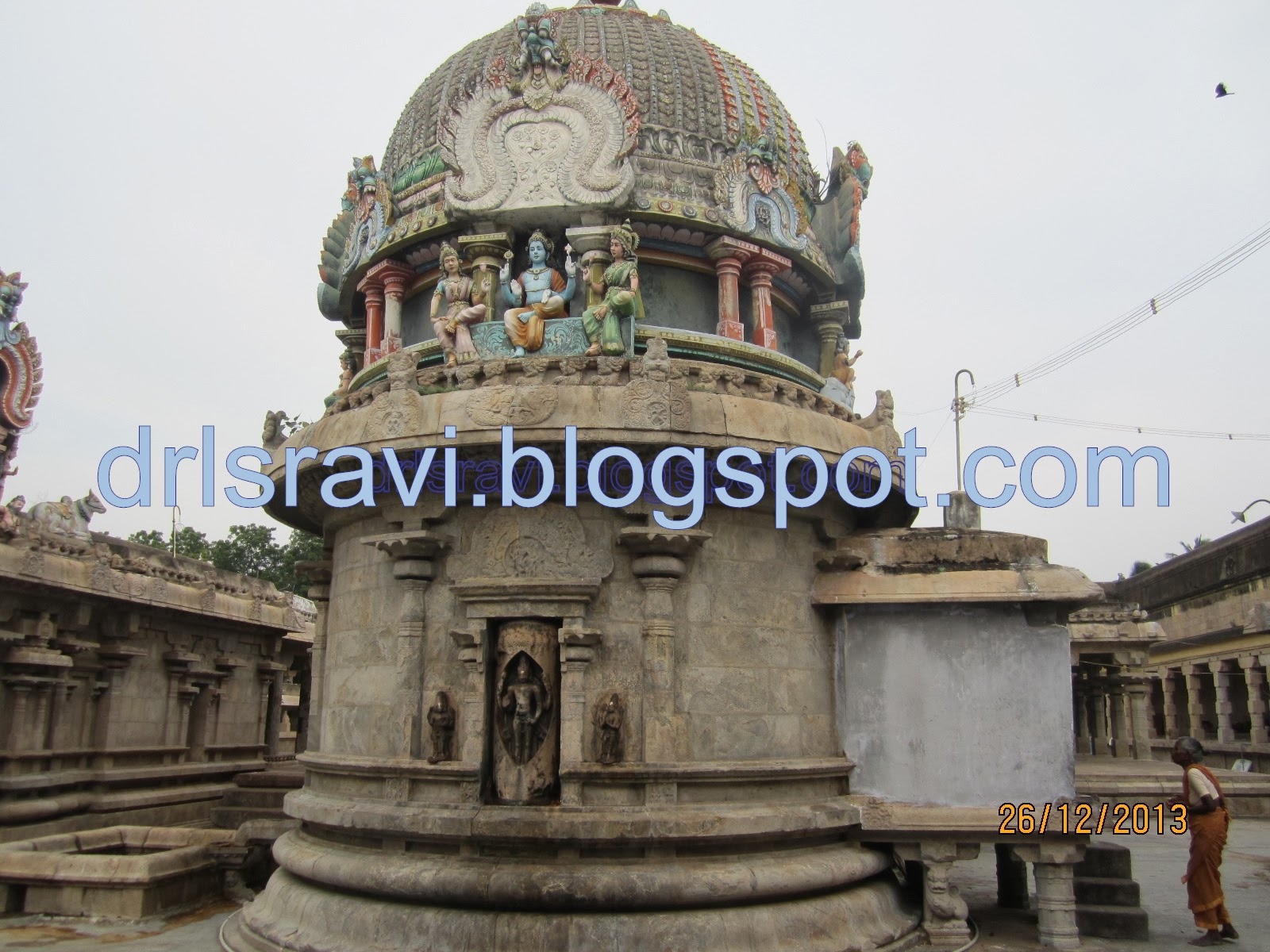 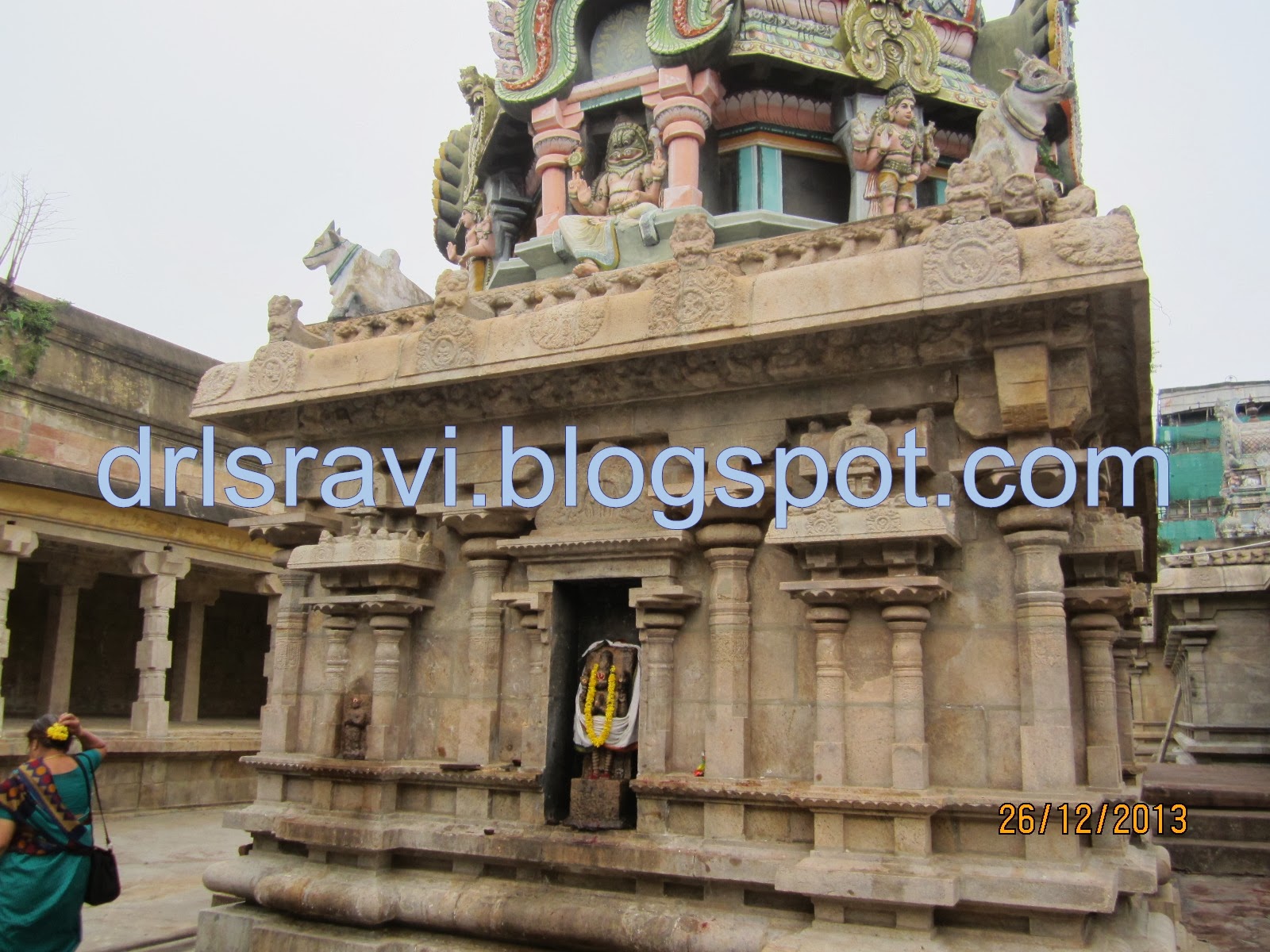 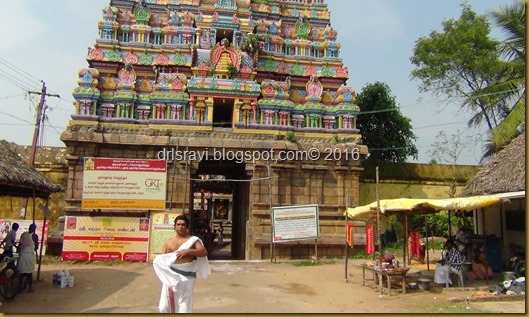 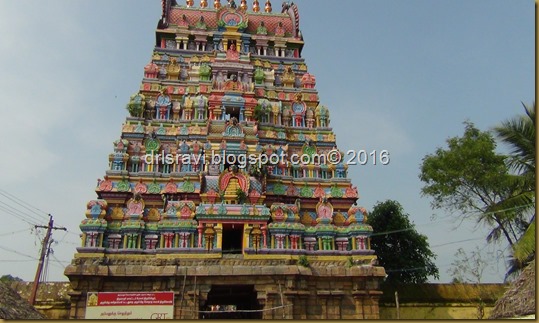 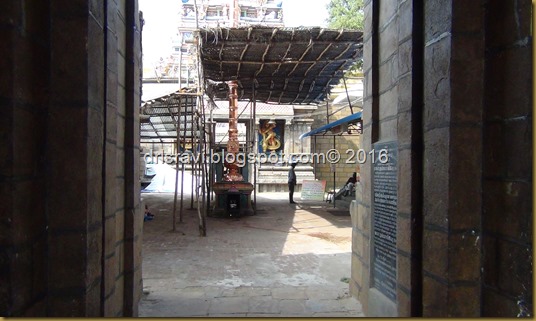 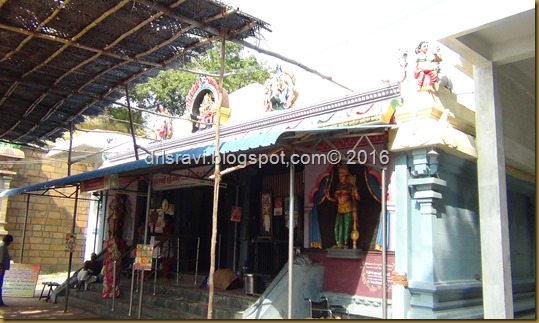 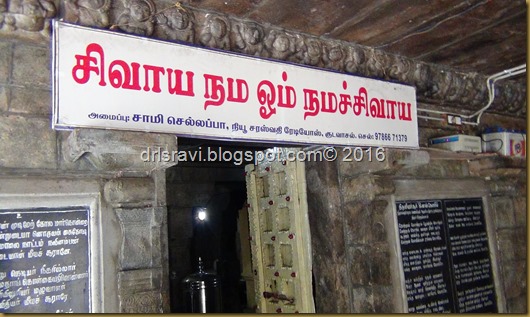 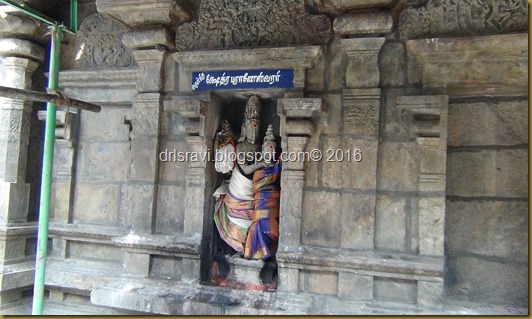 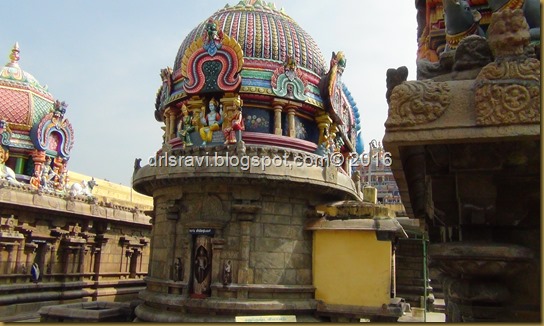 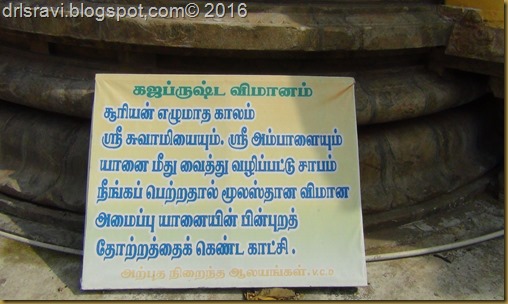 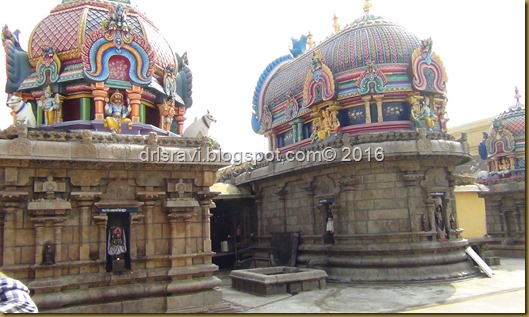 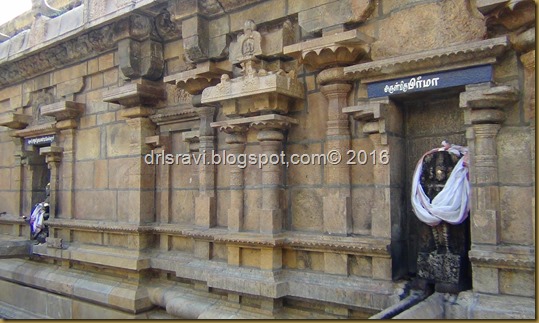 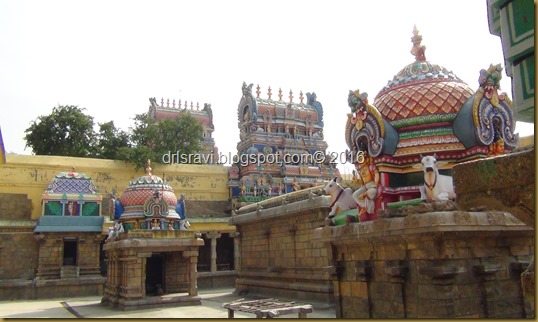 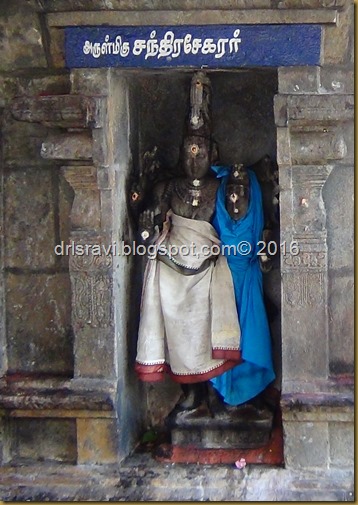 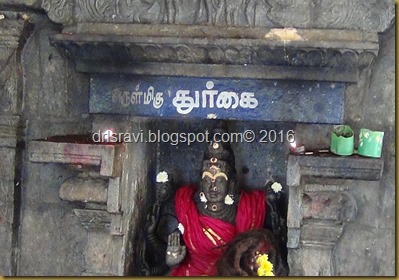 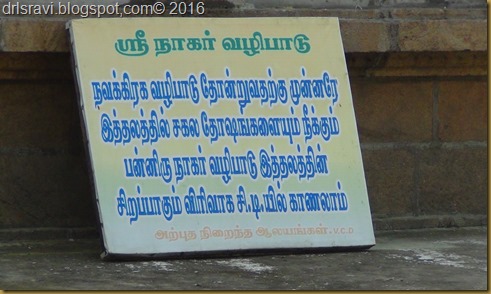 Email ThisBlogThis!Share to TwitterShare to FacebookShare to Pinterest
Labels: Agasthiyar