Kolapakkam is a small village between Porur and  Nandambakam. The ASI has found ancient idols near this temple and also many buddhist relics. There are not many stories with this temple but it has a prominent suryan sanidhi and is a parihara sthalam of the thondai mandalam. It is more than 1500 years old as per ASI excavations nearby
How to reach:There are 2-3 ways to reach this place .
1) From the porur Kunrathur road you can turn left at Gerugambakkam and proceed along the road for about 2-3 Kms and you will reach Kolapakkam(pronounced kolaipakkam ) . on the road look for the higher secondary school take a left turn after the school and in a furlong you can see the temple and reach it
2)From Butt road ( kathipara to Porur road) as you come from kathipara look for the MIOT hospital on your right exactly opposite to this is the road to kolapakkam  follow for 2 kms and you will reach the school
3) from Pammal to  pozhichalur to Kunrathur  follow the road from GST road to pammal  after the meenambakkam airport on GST road .Proceed beyond pammal to Pozhichallur and ask for kolapakkam road the road is ricketyand bad in many stretches It will cross the adyar river via a causeway go for another 3 kms and you will reach the Kolapakkam school 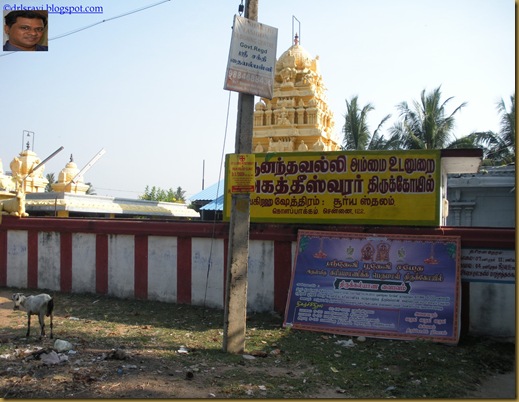 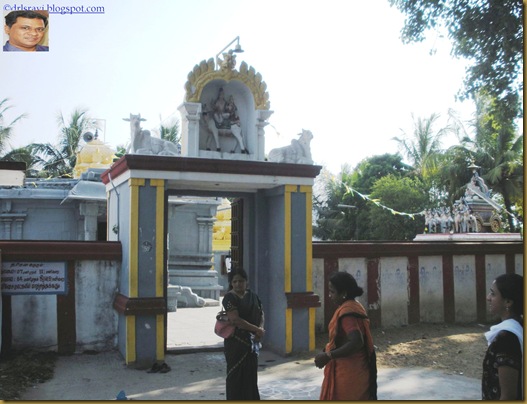 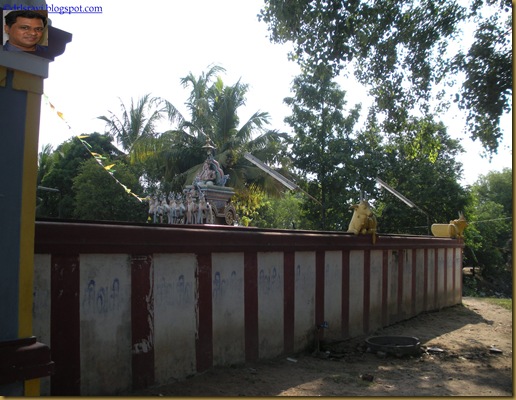 Legend:
The place does not have any great story except that Agasthya and Vaageesa Munivar worshipped here. The eastern side has a seperate Suryanar sannidhi which has prominence and is seen above . It is believed that Surya bhagawan came here to pray to lord Shiva . The Bhairavar is also very powerful and every sunday special poojas are done for Bhairavar during rahu kalam and 6 weeks will get our ishta karyam . Sunday morning is Abhishekam for Lord Surya and each is priced at Rs.500/-The priest saravanan was very helpful with the details
As you enter the praharam you see the south facing entry point Behind the main sannithi in the south east side are seperate shrines for Ganapathy(Raja Ganapathy). Kasi viswanathar and Visalakshi thayar  as seen below. There is a seperate Rhunahara eashwarar who is supposed to absolve you of all rhunam I.e..,obligations for favours received from anybody in the past. 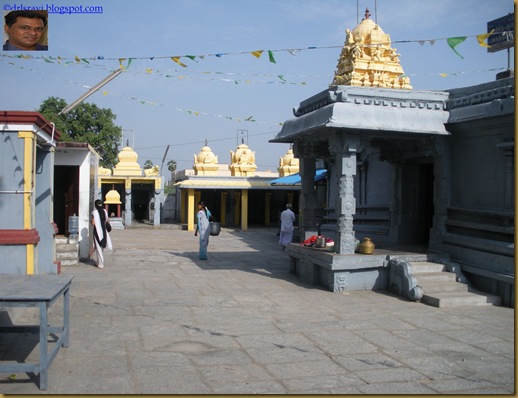 The North west corner has a shrine for Muruga with Vali devayani. The Peacock is  sculpted out of green granite and is called Maragadha Mayil as seen 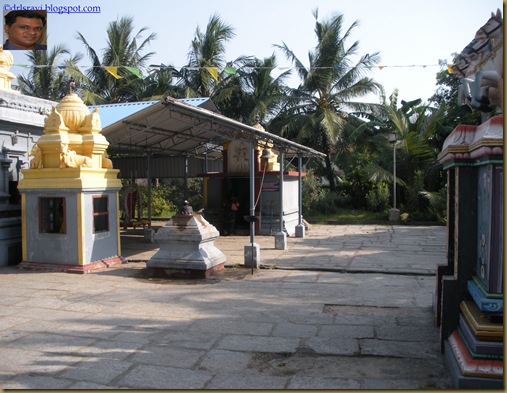 Seem above in the North east corner is the seperate sannidhi for Bhairavar .Suryanar sannidhi is seen on our right .
Entry into the main sanctum is by the south side as you enter you see the ambal sannidhi Shri Anandavalli amman  is a 3 foot standing vigraham.
The main sannidhi is the Sivan sannidhi facing east with a serene garbha gruha .
The temple is built in the gajaprushti style
Many kings have patronized this temple during various periods. A king called Aadhithya Chola  is said to have done renovations to the temple during 878 AD. 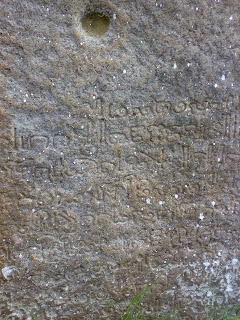 Raja Raja Chozha I, Raja Raja Chozha II (1152 AD), Kulothunga Chozha III (1188 AD), Sundara Pandiyan (1200 AD), Veera Rajendra Chozha, a Telugu Chozha king called Vijayakanda Gopala are said to have contributed much to the temple, according to the inscriptions found in the temple.
According to another inscription, a king by name Sri Vijaya Maharaja of Sumatra Island (Indonesia) is said to have gifted 250 Kuzhi (குழி - in Thamizh is an unit to measure lands) of lands to Sri Agatheeswarar at Kolappaakkam, during the 8th year of his reign. Inscriptions reveal that Sri Vijaya Maharaja was contemporary to Raja Raja Chozha and also had very cordial relationship with the then Chozha kingdom. The inscription also gives details about some Buddhist activities nearby this temple and Sri Vijaya Maharaja was a Buddhist. 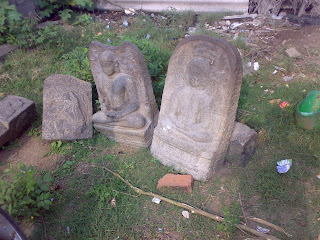 In the recent past, the ASI have explored the area and found ruins of a Buddhist shrine near the temple. A couple of Buddha statues and pillars were discovered near this temple, which is kept in the street sides of the temple. A carving of Lord Ganesha is also found on one of these pillars. 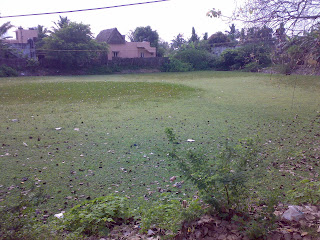 The Sthala Viruksham for this temple is ‘Arasa Maram’ (Peepul tree) and Theertham is called ‘Amirtha Pushkarani’ (pic above) which is found adjacent to the temple and is mot well  maintained.
Contact Saravanan Kurukkal: 9976596342
Posted by drlsravi at 11:51 AM