Last week during a visit to trichy I could visit this temple .The term ADI means ancient and Koil  is temple so the bhattar said this temple is in existence from before the Srirangam. It is a small temple which is being renovated,

1. From Trichy take the road to Kallanai . On the Trichy Chennai bypass there is a prominent board that leads to Kallanai. The road is excellent. It is 9 kms to kallanai and about 5 kms further you will reach Thirupernagar / Koviladi village where the temple is situated.

.You can also reach the temple from Lalgudi and Anbil side . The road was horrible last time I travelled hence I chose to travel via kallanai.

3. The temple is about 25 kms away from Thiruvaiyaru towards trichy after you cross Thirukattupalli from Tanjore  side. 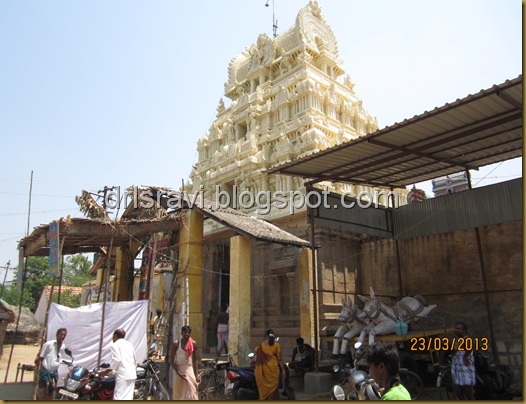 The lord of the temple shri vishnu is giving appam a sweet to the devotees hence the name appam kuduthan.

There was a king called Ubarishravas who was cursed because he kiled a brahmin while hunting elephants . On prayers to  lord Shiva the king was directed to go to koiladi and feed devotees and when Mahavishnu is fed here the king’scurse would be lifted. The king came here built a palace and started feeding poor people. On day Mahavishnu came in the guise of an old man  after all the food was finished and was served appam. and payasam by the king.

At that time, Markandeya rishi was directed by Shiva to this place to seek refuge in Lord Vishnu for longevity of life. Markandeya came here and saw the old Brahmin lying on the couch holding an appa kudam in one hand. Markandeya bowed to him 100 times and Lord Vishnu regaining His original form, lifted his hand from the appa kudam and blessed Markandeya with longevity. He also blessed King . The temple:

This is one of the Pancha Ranga Kshetrams

Srirangapatnam in Karnataka, Srirangam, Kumbakonam and   Mayiladuthurai all along Course of the River Kaveri.Many people consider it a piligrimage and  see all the five in a day.

This temple is on a hillock by name Indragiri. With 2 prakarams,

A climb up these  stairs leads us to the praharams 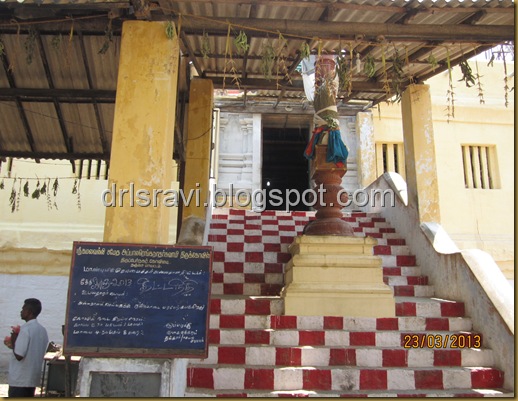 The lord faces the west and is in the lying down posture with his hand on the appa kudam raised to bless King Ubarishravas  who is seated below. Bhumadevi thayar is found kneeling  near his foot.The utsava vigraham has a balakrishnan and people pray here for begetting children.

. . Appam is prepared as a daily offering to the deity here.

There is a separate shrine for Kamalavalli Thaayar The thayar is in an east facing sanctum which is in the first praharam itself.. There are also shrines for Ganesha, Nammazhwar, Ramanujar, Lakshmi Narayanar and Venugopalan. . 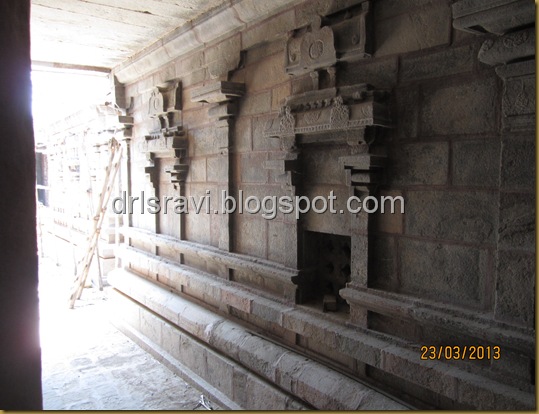 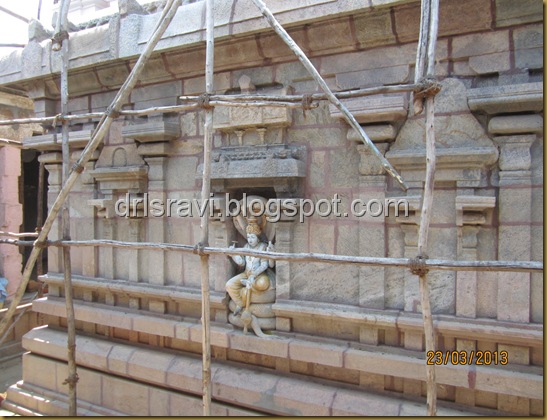 The temple is being renovated.

It is believed that Nammazhwar recited the last of his paasurams here before departing the mortal world.

The rathams both old as well as new one below 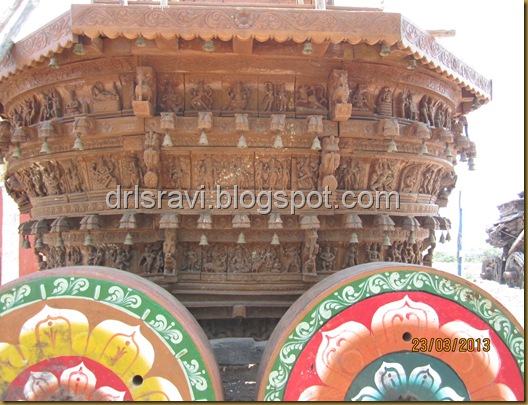 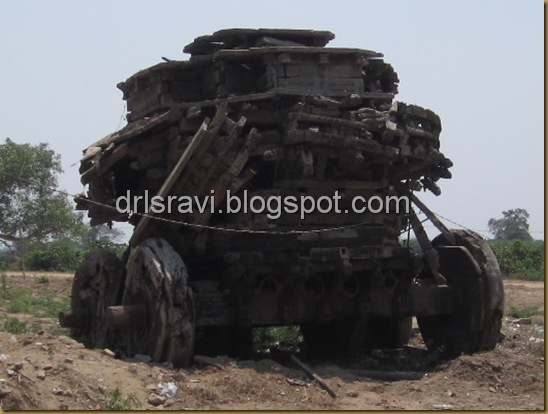