After a superb darshan in Thiruneermalai i proceeded by quaint village roads for about 4 kms to reach Kunrathur the abode of Murugan. Only after reaching here i was amazed to see four huge neat temples. This place was the hometown of Sekkizhiar the Chola prime minister and he composed the periya puranam in these temples and also constructed the Vada thirunaageshwaram temple here like in Kumbakonam during the reign of Kulathunga chola.
Kunrathur Murugan Temple:
This temple can be seen as we approach the town of kunrathur as it is on a hillock. It is said that Murugan alighted here as the hillock was shaped as a sivalingam. There is a motor able road all the way to the top as also steps 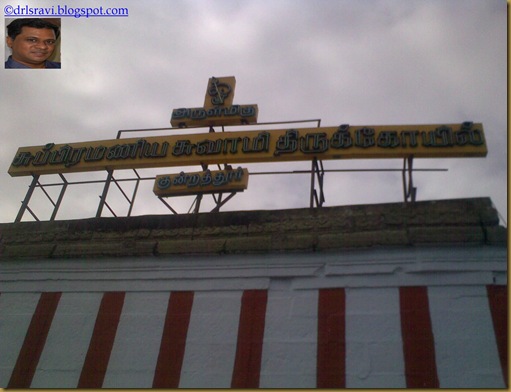 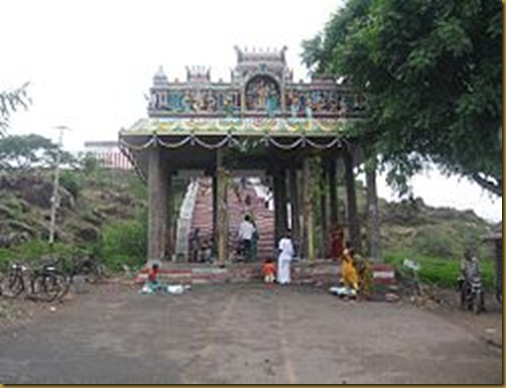 ( A view of the steps leading to the temple) 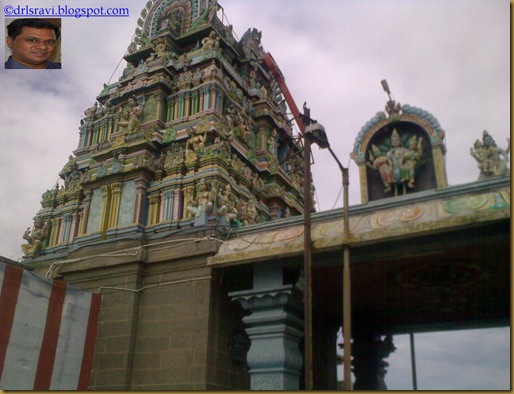 (The entrance to the Murugan temple)
The Kundrathur temple is unique in its architecture among all the Murugan temples that are found in Chennai. The temple is distinguished from the rest because the deity here is placed facing the North. On the northern side of it lies Thanigai (tiruthani). The presiding deity in the famous Kundrathur Murugan temple  is known as Lord Subramaniar who sits atop the hill along with the goddess Valli and Deivanai 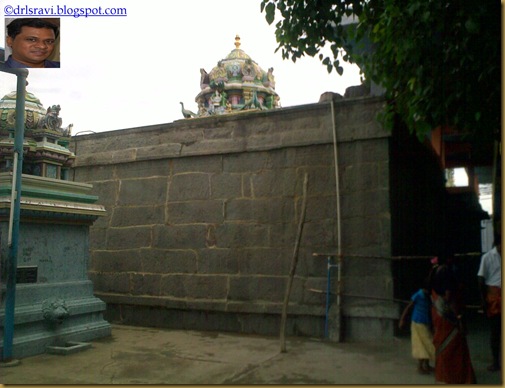 Legend of the temple:
The mythology  associated with the temple is that the Lord halted on the hills of Kundrathur during his journey from Tiruporur to Thiruthanigai. The temple dates back to the reign of the famous emperor of Chola dynasty- King Kulothunga Chola-II.
The entrance to the temple is from the north side. There as an orderly common queue which moved slowly for 20 mins .The outer hall had a huge utsava murthy to whom aarathi and archanai was done . the wonderful idol of Muruga was accompanied by both Valli and Deivanai. We then entered the next sanctum where the lord was dressed in vibhuthi and was very enchanting with Valli and Deivanai on either side. The curious feature of this temple is the placement of the idols of the deities. When viewed from all ends, Lord Subramaniam can be seen along with only one Goddess at a time. In no position of viewing can both the Goddesses (Valli and Deivanai) be seen together with the Lord.II 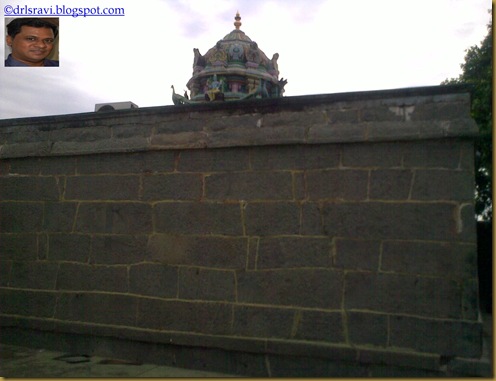 There was a huge covered canopy around the temple offering shade to many people who had come there in large numbers.
As we descended we found two more temples in the foot of the hill The Thiruvooraga Perumal temple and The Kandhazheeswarar temple seen in the photo below. the perumal temple had balalayam prior to the Samprokshanam hence we could not see it but we visited the Siva temple 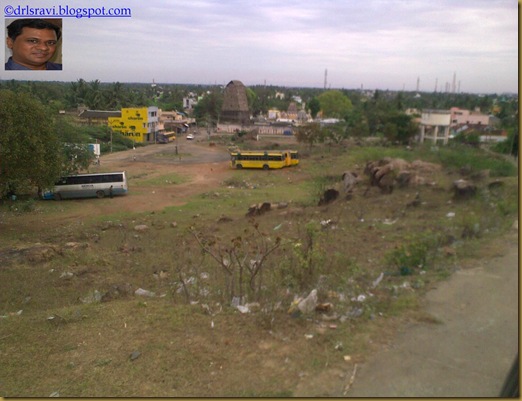