As already written by me in the previous post the temple was built by Sri Sekkizhaar who wrote the popular ‘Periya Puranam’. This temple is a famous Rahu ketu parihara  sthalam near chennai.
The temple is situated right behind the bus stand of kunrathur and very easy to find.(Kunrathur can also be easily reached from Porur where if you follow the extension of Arcot road you will reach the town in 4 kms or you can also reach it from Mangadu/poonamallee) 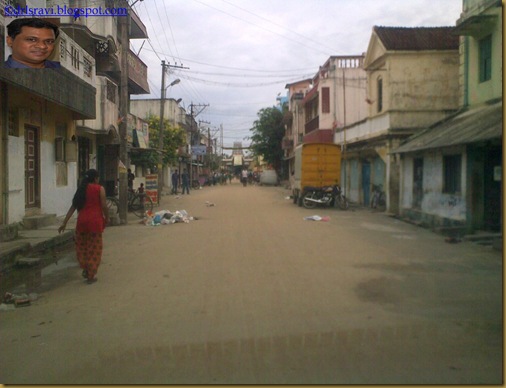 (The approach road to the vada thirunaageshwaram temple which is seen in the far distance)
Legend: 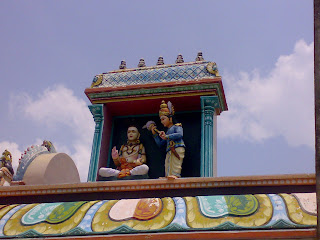 Sekkizhaar was born in Kunrathur itself. The king made Sekkizhaar his minister at his capital. Sekkizhaar was an ardent devotee of Lord Shiva and was regularly worshipping Lord Shiva at Thirunaageswaram near Kumbakonam.
During later stages, Sekkizhaar built a temple for Lord Shiva at Kunrathur which is very similar to the Thirunaageswaram temple. He installed the deity (Shiva Lingam) with Naagaabaranam (snake as an ornament) around the Shiva Lingam and named the Lord as Sri Naageswarar.
There is a huge temple tank just outside the temple 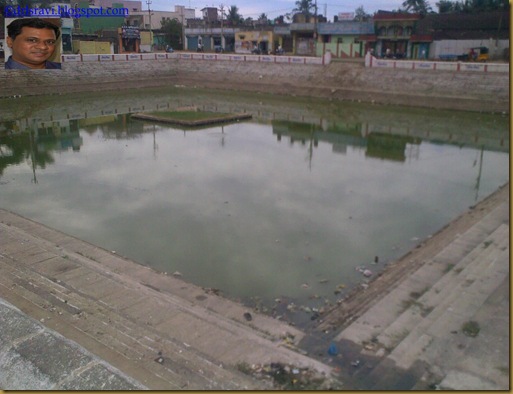 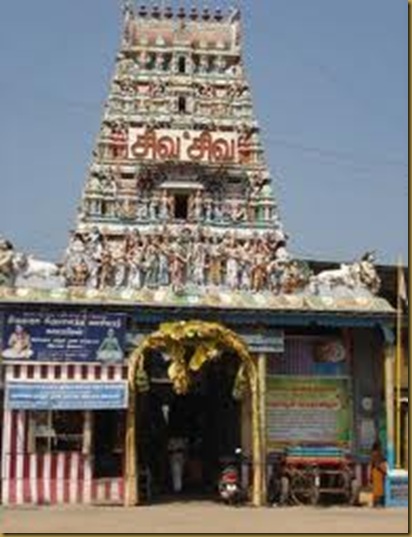 (The main entrance to the temple) 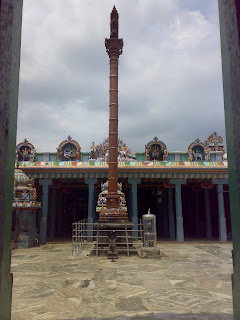 view as you enter
The first praharam as you enter houses the Kamakshi devi sannidhi in the standing posture on the left hand side.Goddess Sri Kamakshi is facing south .The next praharam houses the Sivalingam in all its resplendence 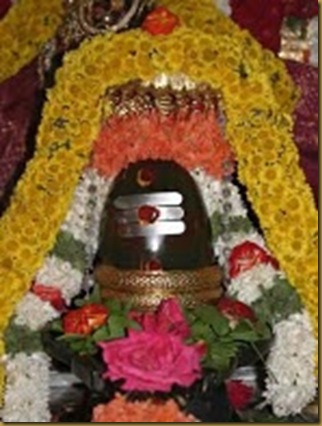 The Naga aabharanams around the shiva is what makes him special here to ward off the evils of Rahu and Ketu.Sri Naageswarar is seen facing east
Sri Sekkizhaar also has a separate shrine inside the temple. 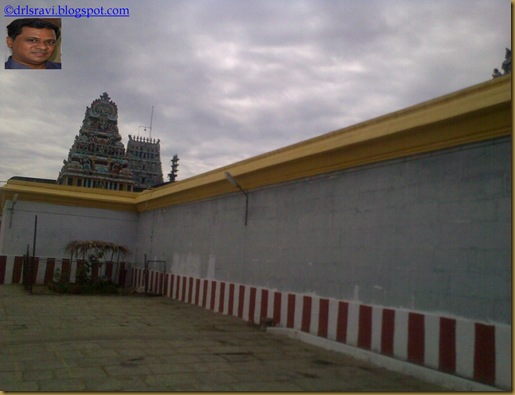 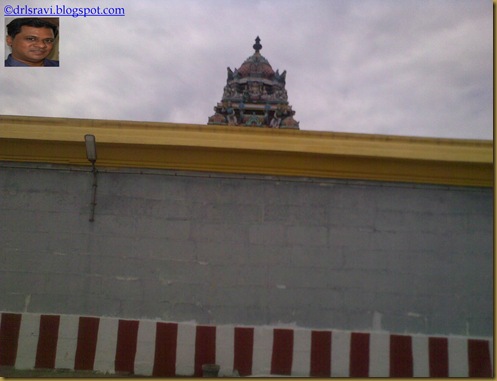 There is a seperate navagraha sannidhi in the outer praharam 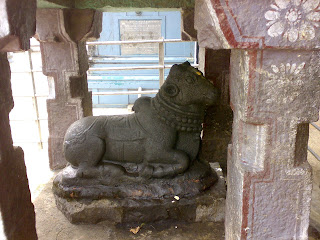 Nandi seen on a seperate pedestal facing the main sanctum 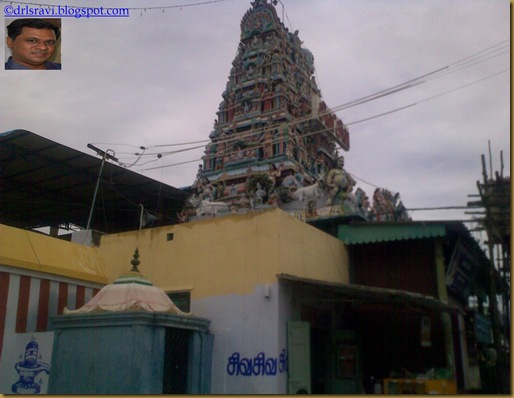 View of the temple from outside
Posted by drlsravi at 3:44 PM