Ponneri near Chennai an area with rare old temples

Ponneri is my mother’s birth place and I have visited the place only very few times . I recently chanced upon a visit and was fascinated by the legends and temples here.
It is a place where the Brahma Arani.  river has made fertile . The Kings of yore used to start ploughing the land with a gold plough-Pon eru the same is depicted in the agastheeswarar temple  gajaprushti vimana  as shown here 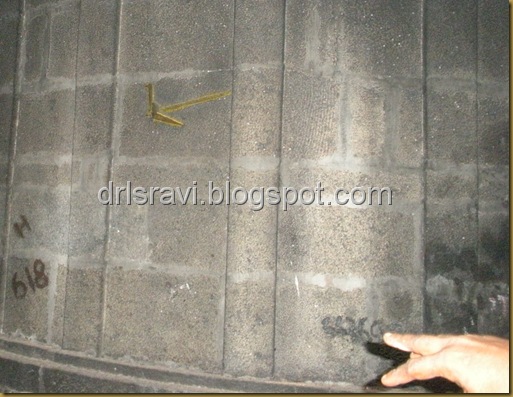 There was the total amity between Shaivas and Shrivaishnavas in the days of yore that the main market yard was known as Hari hara Bazaar. There is a central area here called santhippu here where on the 5 th day of Chitthirai the utsava moorthy of both Shiva and Vishnu will come and meet and exchange garlands in a rare show of celestial amity.
Sages Bharadwaja and Agasthya have performed penances here and been blessed with divine vision here. Agasthiyar is associated with another temple in Chinakavanam nearby just 4 kms down stream also.Chinnakavanam isalso the birth place of Ramalinga adigalar
There are three famous old Murugan temples a  Andarkuppam(Link to my blog of this temple),
Siruvapuri (link to my blog on this temple) and Perumpedu.
Each murugan temple is unique in its own way. The first two are places where Brahma was arrested by Murugan and later released at Siruvapuri, The last has a unique Valli as the bride on the left of the lord easily identified with her earlobe piercing which is loose and dangling!!
The temples around here are
In Ponneri
Kari krishna perumal temple at Ayarpadi
Agastheeshwarar temple Ponneri
Nootreteshwarar at chinnakavanam
Balasubramanya swami at Andarkuppam and Siruvapuri
Muthukumaraswamy at Perumpedu.
thirupaalishwarar at palaivanam
Agastheeshwarar at Panjetty
Posted by drlsravi at 7:33 PM