This is a very ancient Krishna temple a rarity in Tamil nadu as krioshna temples are few compared to Shiva temples. . It was supposedly built by Karikala Chola I hence the lord is called Kari krishna  and the Goddess is called  Soundaravalli nayaki which is Karikala Chola’s mother’s name apparently. Sages Bharadwaja and Agashtiya have  done penance here and the same is depicted in the outer mandapam.
How to reach:
Ponneri is about 35 kms from Chennai on the Kolkatta highway. After Karanodai bridge look for the board indicating ponneri on the right.Proceed for 3 kms to reach Ponneri.Once you enter ponneri cross the bazaar and proceed straight under the railway bridge and before the River bridge take a left turn the temple is on the main road on the right
Legends Of the temple and Uniqueness:
There was an old Ant hill for which the cows of the village used to offer milk. When the villagers were wondering what was happening they heard a divine voice instructing them to wash the ant hill with cows milk and Sri Krishna will emerge. Accordingly they were doing it. Since they were  over anxious , some one tried to dig below and  the lord told them to stop and thus  he is found in the present state with feet buried inside the ground and tilted to the right. He does not have a pedestal here !! he is a common man like you and me!!.standingon the same mother earth.
The ruler, Karikala Chozha built a temple for the Lord  and hence the name Kari Krishna. The Lord is in the form of the shepherd, holding the whip in His right hand and the left hand rests on His thigh. There is a knot  on His head.
The place is famous for begetting progeny. Many couples come here with Banana, milk etc and pray.
There are two Dwaja sthambams one in front of the ramar sannidhi and one in front of the Krishna sannidhi.
The Thayar sannidhi is placed to the left of the Krishna like in a shiva temple unlike other Vishnu temples
The Mandapam in front of the Temple is also splayed out and leaning just like the perumal inside who is also leaning to one side. It is not a defective construction it is a marvel which has stood solidly for  a few thousand years all the outer pillars are leaning outwards like the bloomingpetals of a flower (see below) 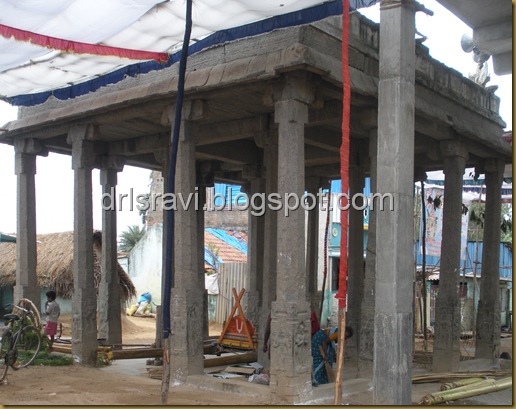 The main entrance has a rajagopuram with a newly built cement mandapam in front!! 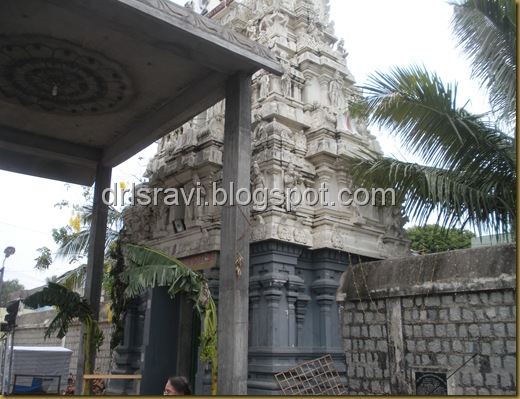 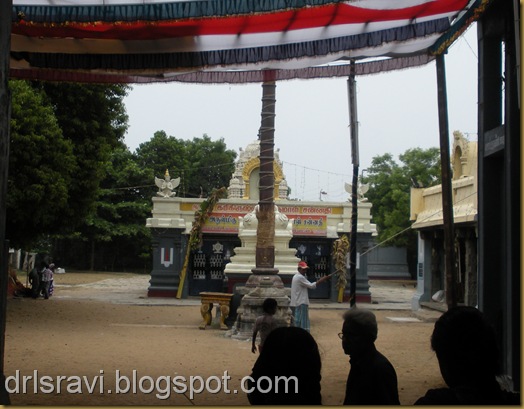 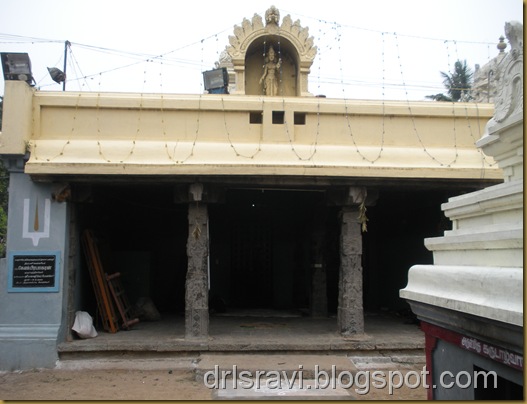 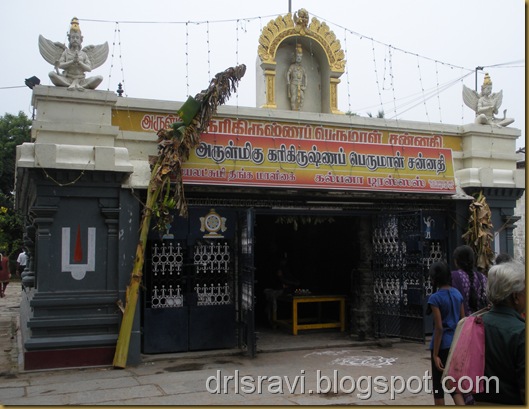 There are a lot of Mandapams inside the temple with various vaishnava saints. There is also a big ant hill 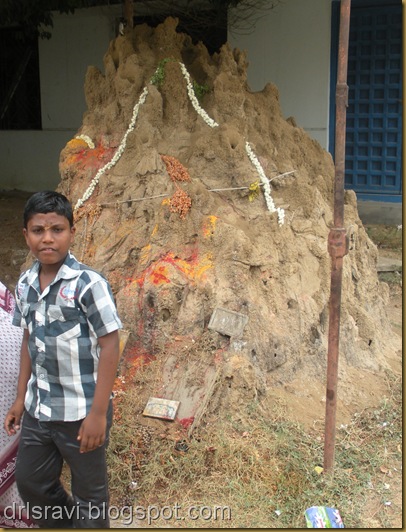 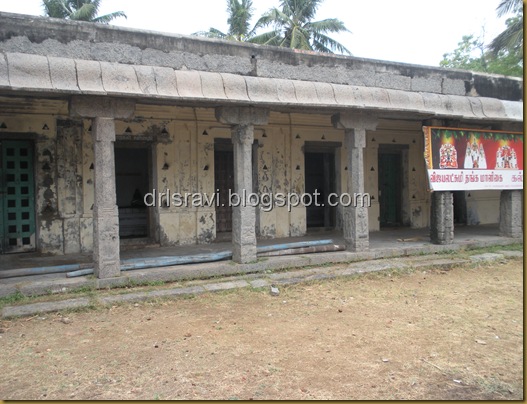 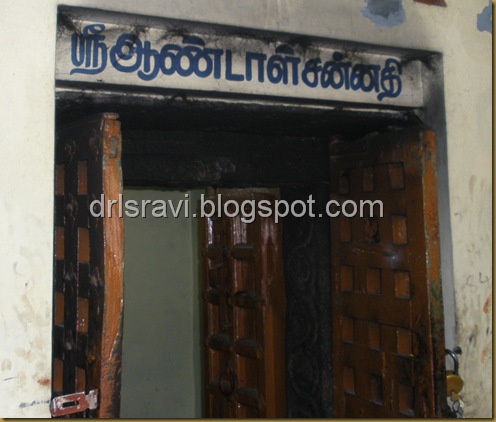 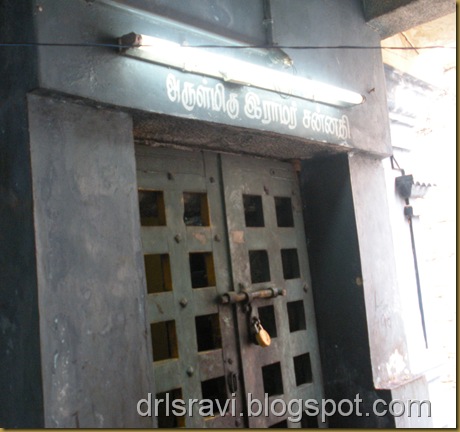 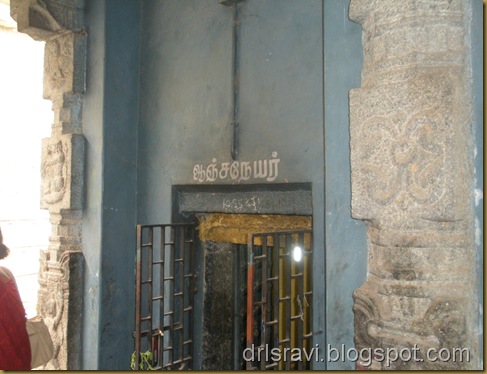 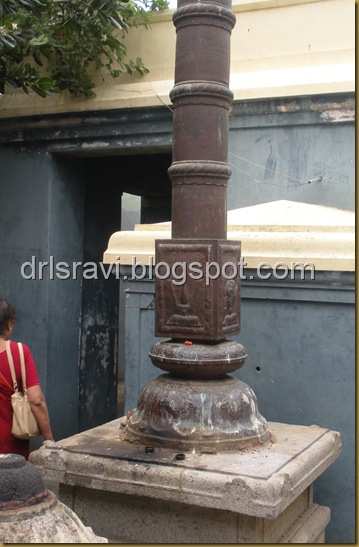